Emmerdale 17/8 - At the hospital, Tracy finds Frank hooked to machines 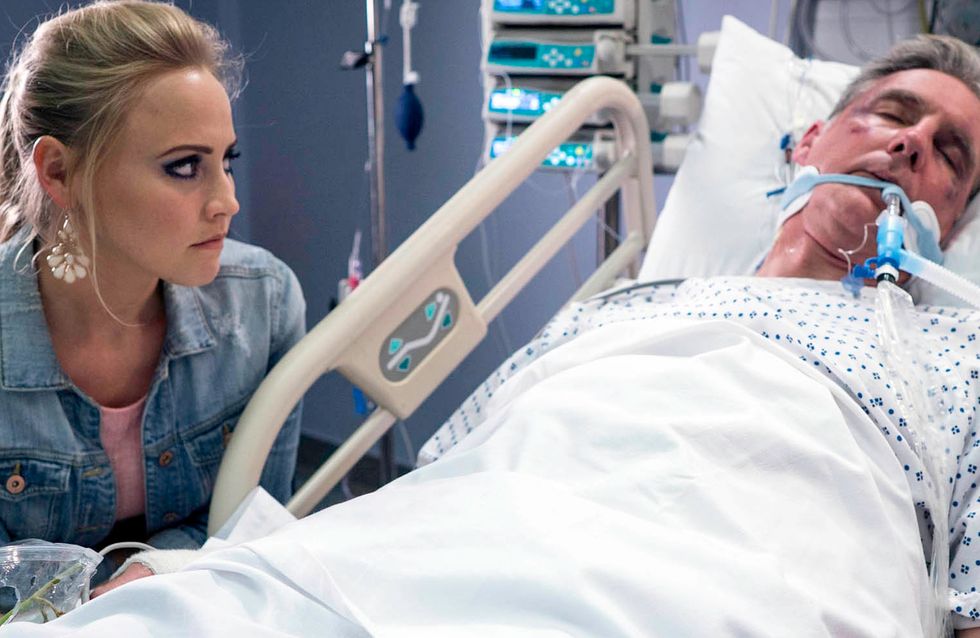 Aaron assures Robert he’s behind his plan to clear Andy’s name and they plot how to get to Chrissie through Lachlan. WhenLiv reveals Lachlan’s been texting his Dad, Aaron warns her to stay away from him andRobert thinks he’s found a way to get to Lachlan. Later, Lachlan’s pleased when Liv comes round and defies Aaron. He’s stunned to get a text from his Dad. She encourages him to reply.

Belle is dreading her first scan. Charity shows her a scan of Noah to reassure her Bailey won’t be able to tell the baby is small,unaware Belle isn’t really pregnant. Back at the Dingles, Belle regrets not faking a miscarriage and Ellie challenges her to do it now. She stands on the top of the steps as Ellieen courages her to jump...

Charity fills Cain in on the details of the job as Chas strains to listen in. Later, Chas probes Cain on what Charity wants him to do, warning him not to do anything reckless. Worried for her brother, Chas begs Moira to talk to Cain and stop him from doing whatever illegal thing they’re planning but will she listen?

At the hospital, Tracy finds Frank hooked up to machines. She rummages in his cupboards and is surprised to find a picture of him with a small blonde girl. Bernice is shocked when Lawrence offers to sign the Salon back over to her and Chrissie is furious. Liv and Lachlan agree to be secret friends.​​​