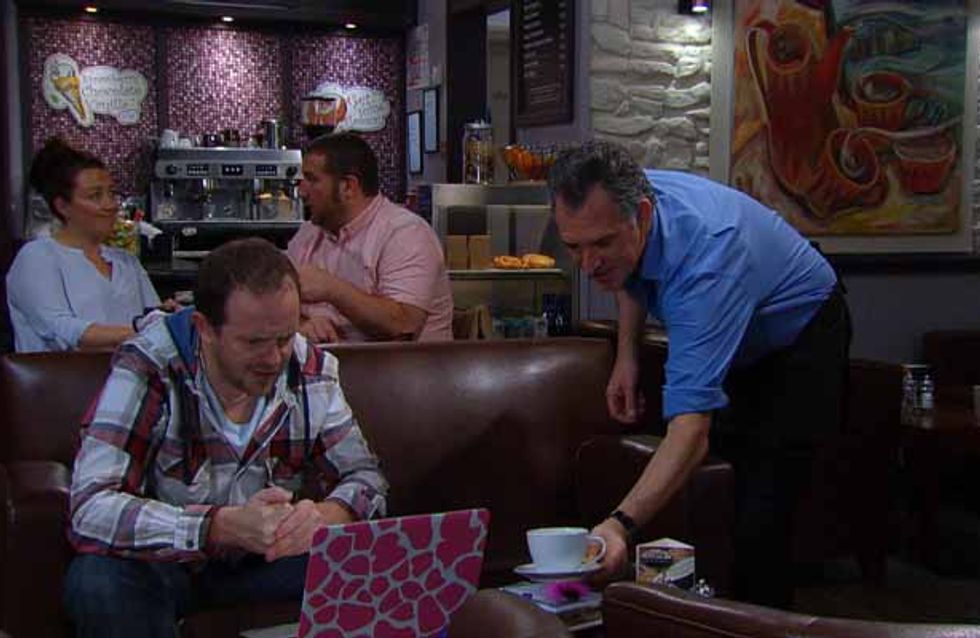 Joanie turns up at the B&B saying she’s been mugged and has now nowhere to stay. Val turns her away and Cain fumes when he sees them in the Village. Zak tells a furious Cain and Moira that Joanie and Kyle are staying with them for a while. Moira confronts Cain over Kyle but Cain knows what she has done. Has Moira gone too far?

Chrissie’s furious, knowing Robert is lying about the phone she found and goes to find Aaron but ends up in an argument with Cain. He angrily pushes her away but anger soon turns to passion and the pair kiss unaware they’re being watched...

Kerry’s bragging to Bernice about college when an angry Dan bursts in, having discovered Kerry copied his work. Kerry’s left red faced when he rips up her assignment but she soon has another plan up her sleeve…

Harriet feels sidelined when Laurel offers to go with a nervous Ashley to the coffee morning. Bernice arrives to check on Ashley but panics when he falls to the floor and has a seizure. Will Laurel be the one to take control of the situation?

Emma bumps into the Doctor, she’s been trying to avoid and is forced into going on another date. Emma is disinterested until she sees James arrive and plays up for his benefit.

Cain and Chrissie are kiss still unaware they’re being watched but as a shocked Harriet looks through her the photos, Cain comes to his senses and pushes Chrissie away. Later, Chrissie is worried when Robert admits he’s hired Harriet to find Victoria and she’s been following Cain all day. She’s guilty as he explains the phone is Adam’s and he’s been using it to text Moira. That evening, Harriet goes to Robert for her payment but will she reveal Chrissie’s betrayal and show Robert the photos?

Ashley comes round from his seizure and is grateful to Laurel. He convinces Laurel not to call Harriet and explains how the epilepsy is taking over his life but Harriet later finds out. Laurel and Ashley look at an expensive wristband, which warns about seizures but Ashley’s aware he cannot afford it. Harriet’s wants to get the money to help Ashley but does it mean shopping Chrissie to Robert?

Lisa comes home to find Joanie has tidied the house and started making tea. Biting her lip, Lisa suggests they head to the pub instead and Zak gives Lisa a smile, proud of her. Zak and Lisa try to convince Joanie to allow Kerry to see Kyle but she refuses, leaving Kerry heartbroken.

A scared Moira arrives at the Woolpack looking for Cain. Later the couple passionately make up.

Dan realises he cannot juggle his own college work, his job and complete Kerry’s college work too. 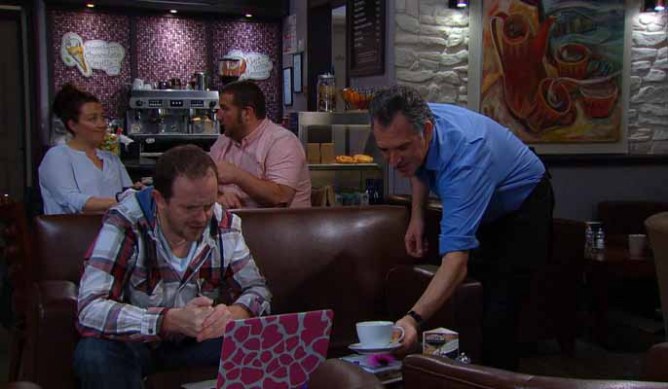