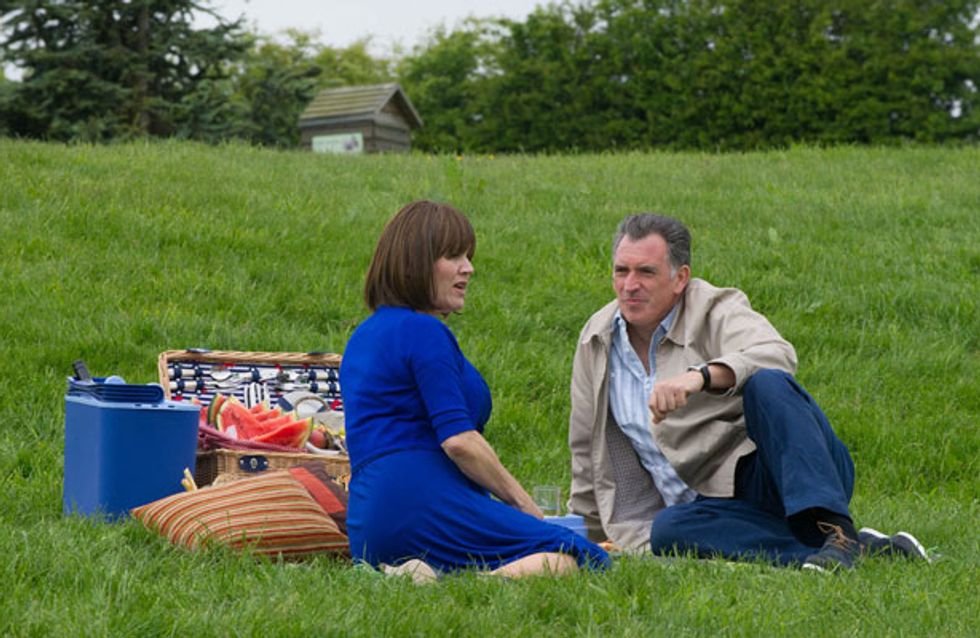 Bob and Brenda continue to plot separately. Brenda's stressing about the ceremony and while in the cafe Bob realises something's going on, forcing Dan to call her. He tells her she has to come home as Bob's had an embarrassing accident.

At the village, Bob and Dan force Brenda to go to the 'farmers' market' in Hettie the camper van, but she protests as she worries they'll miss the ceremony. David and Ruby can't believe it as they drive off and she shouts: "Tell Gennie I have been kidnapped!"

At the site, guests wait for the trio and Brenda is persuaded to go for a picnic with Bob, before the brass band plays and he romantically proposes. She of course says yes and Dan tells Brenda he'll get her to the ceremony on time - will he manage it?

Elsewhere, Laurel's struggling to drive again and Marlon tells her to get rid of the car. Later, she freaks out when she thinks the delivery man is her attacker.

Also, Rhona starts to resent Vanessa and the control she has.

Bob, Brenda and Dan get into the helicopter and Brenda tells them all will be revealed. Bob's gobsmacked when he realises he's at his own surprise wedding at the glamping site. Bob tells Brenda he loves her and she takes off her wig, gets down on one knee and proposes. Bob agrees and the couple kiss, before they become husband and wife.

Elsewhere, Chas is confused when she finds out Gabby's at school so Brenice didn't have to look after her and miss her shift. Cameron covers that he got confused and Chas remains oblivious, clearly smitten and even catching the bouquet at the wedding ceremony. But Cameron's thoughts are still with Debbie.

Also, Marlon rushes to check on Laurel and she insists she's OK. She wants to enjoy her afternoon alone, so Marlon heads to the reception. But Laurel jumps to action when she thinks she hears a noise. 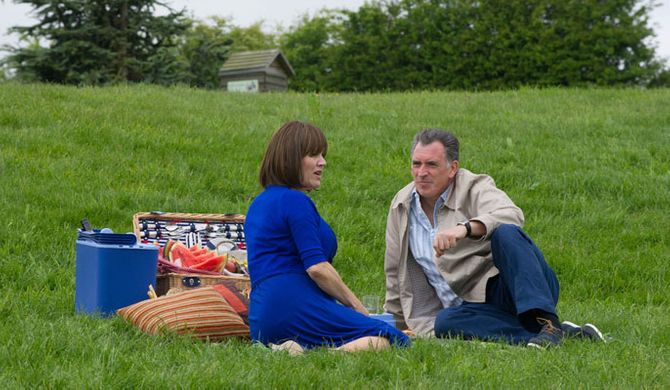 © ITV
From hair ideas to outifts, look no further for your daily inspiration