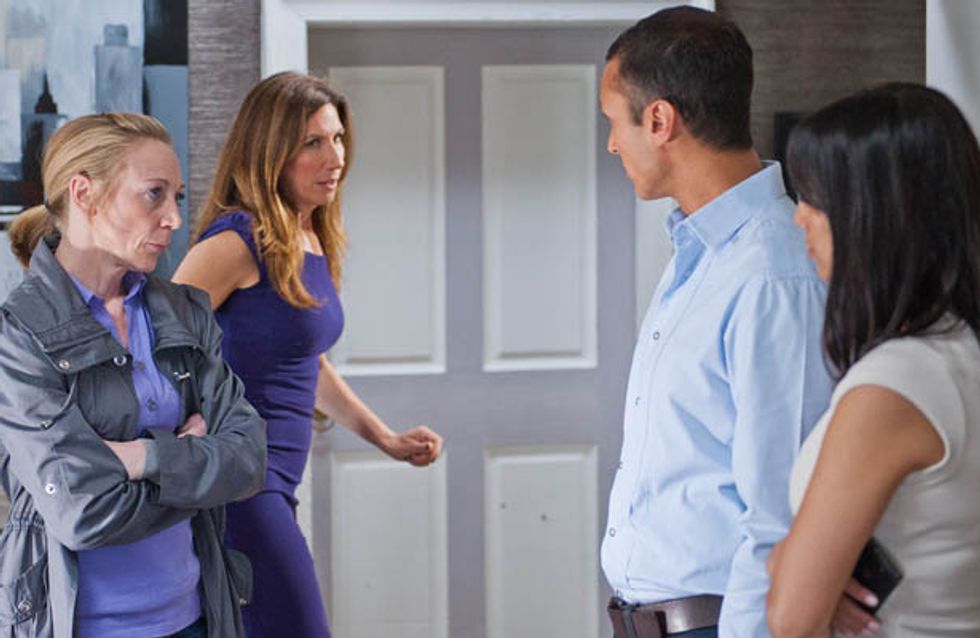 Ross gives a false alibi to the police saying Aaron was with him and Aaron reluctantly covers for him but Chas is unconvinced. Pete’s drug past returns to haunt him when the police call asking him to come to the station tomorrow but he keeps his visit from the police a secret from Debbie.

Jimmy’s feeling tender after his reversal op and asks Rodney to stay to try and curb Nicola’s sexual ‘appetite’.

Jai asks Priya to help at the factory so he can spend more time with Archie. Ali changes tack when she realises she can’t afford legal action against Jai and offers to support him, if he lets her see her nephew. Jai’s not convinced until Megan gives him food for thought.

Debbie’s tetchy about the stolen car and struggles when Andy wants to talk about Sarah moving. Harriet turns down Ruby’s request for a blessing telling her it means risking her job. 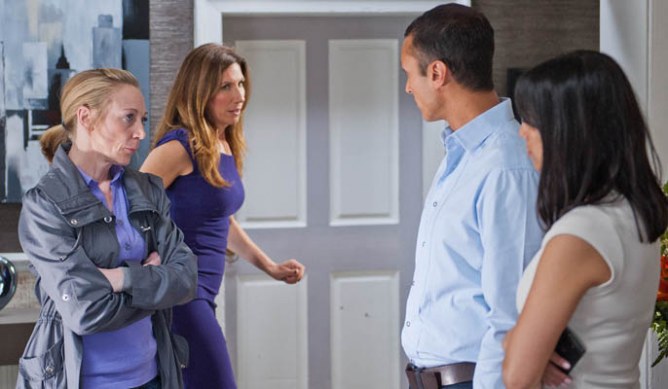