Paddy is relieved when Rhona tells him Tess isn't helping Leo anymore. He goes to see Tess who talks to him about their fling, unaware that Rhona is within earshot. But did she hear anything?

Dan buys himself and Kerry a tandem bike, while Kerry and Amelia have pretty much given up on healthy living. Will Dan find out about her bad eating habits?

Harriett notices Ashley's attention is focused on Laurel rather than herself at a village hall meeting. He slips up and puts money for the Village Hall in a drawer rather than banking them...

Rishi sees Jai taking coke, who blames it on Nikhil getting in the way. David asks Nikhil to move in with him after he hears about Jai's blackmailing scam. 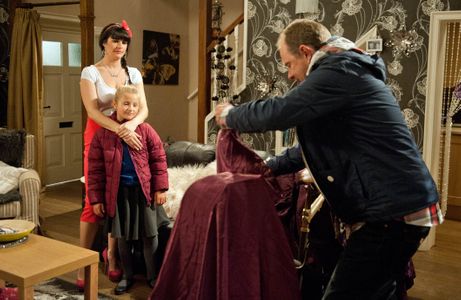