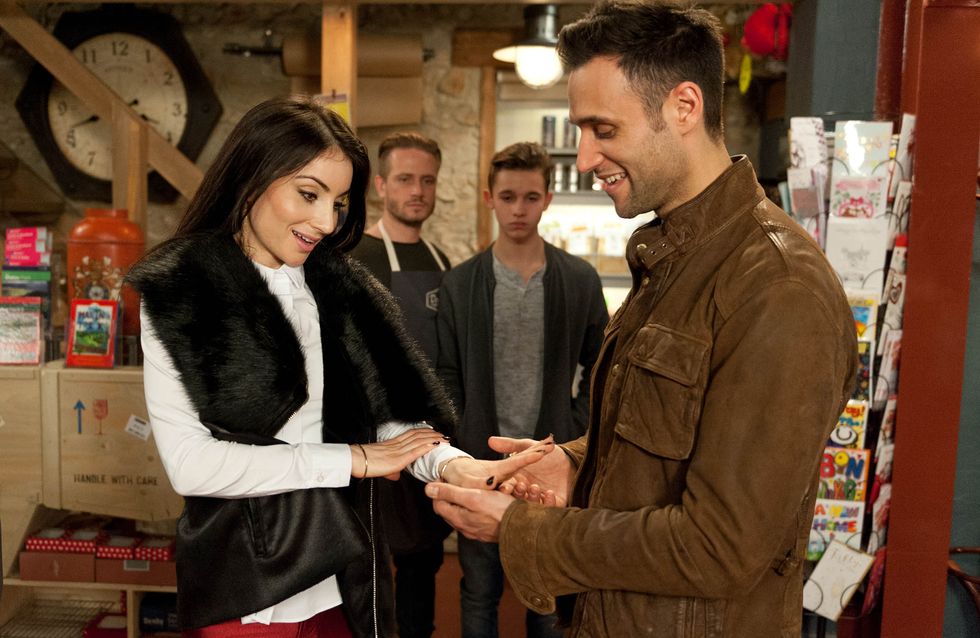 Rhona is suspicious, about Paddy’s behaviour and starts looking through his phone for clues as to why he’s been lying. Suddenly the penny drops for Rhona. Rhona is choked when she suddenly realises Paddy and Tess were having an affair. It was Paddy all along! Paddy’s tells heartbroken Rhona he’s sorry as devastated she rushes upstairs.

Jacob and David are alarmed to discover an excited Leyla and Nikhil are getting married. David’s can’t hide his worry whilst Jacob is also conflicted. Will the happy couple realise the lack of support from their closest? And how will the news go down with the rest of the family especially Jai?

Chas is overwhelmed as the police are getting no further with the investigation and can’t find Sandra. Chas is thrown by Robert’s insistence he’s there for Aaron. She’s thoughtful when he tells her to keep fighting to put Gordon away. Belle puts on a brave face as Lisa tells her about getting a divorce. Meanwhile, Joanie forces cheer with Zak and suggests they go out tonight but he’s not in the mood and she worries the divorce has changed his feelings towards her, has it?

In the pub, everyone’s astonished when freshly returned Jai reveals he checked himself in to rehab. And Leyla is left shaken after she shares a highly charged moment with Jai. He tells his family that he has a long way to go to win back their trust. Could Jai’s return be a spanner in the works for Leyla and Nikhil?

​Rhona wills herself to hold it together, but snaps at Pearl, who is left startled by her outburst. Paddy and Rhona talk and she is left reeling when he says the affair was more than just sex, and she tells him she’ll never be able to forgive him but as far as their adoption process is concerned they are as strong as ever. Paddy is devastated to realise the consequences of what he’s done.

Zak tells Joanie about what happened to Aaron. She’s moved by his declaration of loyalty when he says she’s the only family he needs now. In the Salon, Lisa tells Belle if Zak doesn’t love her anymore, maybe it was better he moved on. Belle’s relieved to see her mother growing in strength,

Laurel is thrown by Doug’s sudden support of her plan to marry Ashley. Harriet hears about the wedding and masks her sadness. But later Laurel is relieved to have Doug and Harriet’s blessing. But how will Marlon take the news?

Chas asks for Cain’s help looking through Aaron’s old school reports. She can see Cain’s uncomfortable, but asks him to make himself useful and look for anything that might help Aaron’s case. 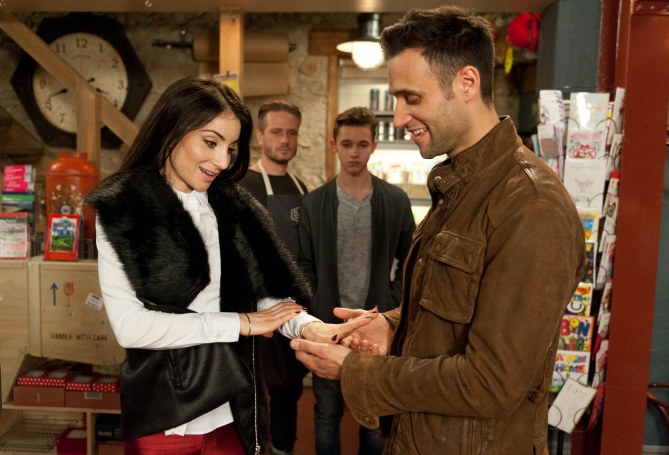