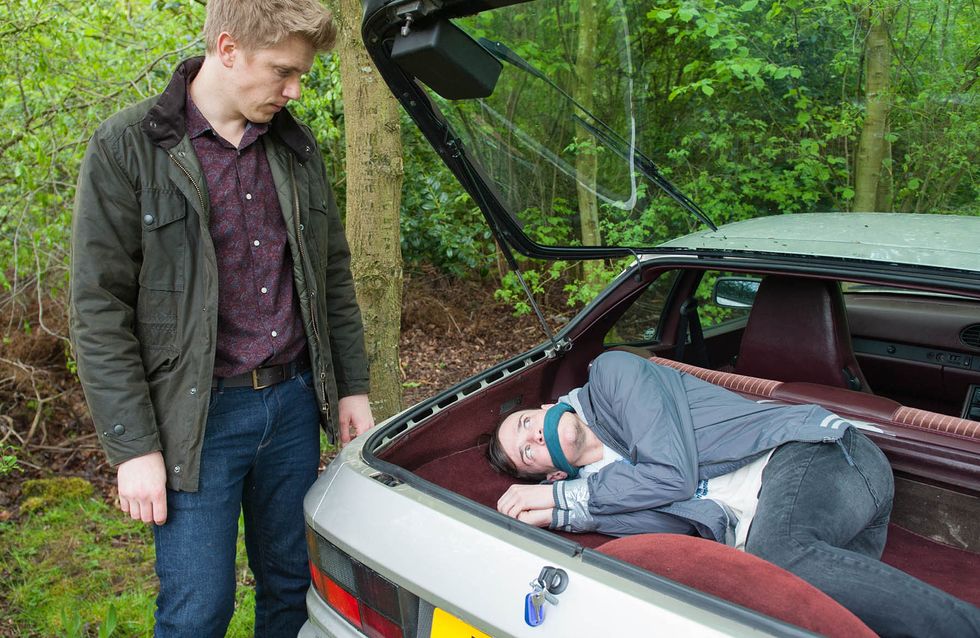 David’s shocked to learn Jacob told Tracy she wasn’t good enough for him. He calls her frantically but Carly tells him she’s gone to the airport to fly toIbiza. At the roadside, Ross struggles to change a flat tyre as Tracy waits impatiently,devastated to be leaving. Panicking, David goes to Dale View and begs Finn to get Ross on the radio. Over the radio, David begs Tracy to hear him out. He pours his heart out, tellingTracy she’s brilliant and, as the radio splutters, says he loves her. Tracy doesn’t respond.Has David blown it? Tracy finds David in the Woolpack and he proposes to her, how will she respond?

In a layby Robert has Ryan tied up in his boot. Ryan pleads with Robert and he unties him. Ryan begs him for money, saying he has to repay someone,and, pitying, Robert gives him some, making him swear never to come back. Ryan legs it butRobert realises someone has been watching the whole thing.

Lachlan tries to get through to his Grandad, but Lawrence just tells him to leave.Lachlan’s hurt turns to anger and he storms out.​​