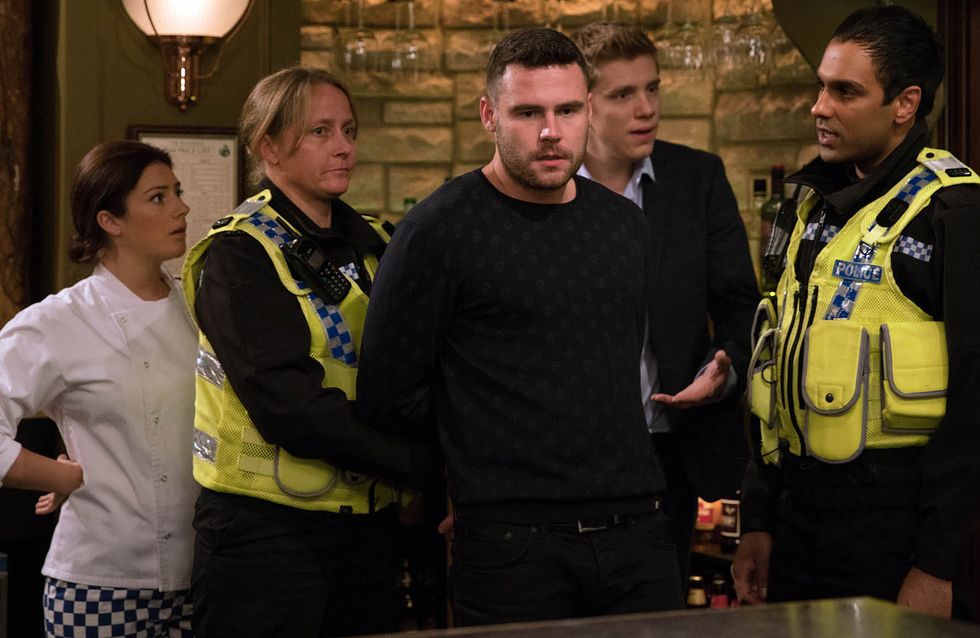 Aaron confesses to Finn he and Robert are getting married in Vegas but is later put out when Jimmy tells him Robert’s been out with Rebecca all morning. He calls Robert, who lies he's still at work even though he is having a celebratory drink with Rebecca. When Aaron appears, Robert lays into him over his jealousy and the pair argue. Is this just a lovers tiff or something more serious?

Paddy reluctantly agrees to Marlon he's going out for dinner with Chas. At Tall Trees, Marlon advises Paddy to get changed before his date withChas but when things don’t go to plan soon Paddy is convinced he and Chas are cursed.

Brenda suggests to Laurel she host underwear parties,leaving Laurel hopeful about a potential new job. After a meeting she feels optimistic for the future and is touched to see Gabby entertaining Ashley.

Feathers are ruffled at the factory. Kerry makes a stand when she's handed her P45and Lisa's also threatened with the sack.

Finn chases after Kasim and his dad Paul as they drive away,leaping into the road in front of them. Kasim then shoves Finn, desperate to prove himself to his dad. Finn's left hurt when Kasim spells it out, he doesn't need him anymore because he's crazy. Soon there is a fracas and an already angry Aaron finds himself getting involved, beating up Kasim. Aaron then tries to defend his actions before storming off, leaving Finn gutted when Kasim blames him for the attack.

Robert and Aaron are holding crisis talks about their relationship but are interrupted when the police knock on the door.

Paddy tries to hide his discomfort as he and Chas sit down for dinner. He drinks his wine, desperate to numb the pain of his recent injury. As the date continues, Chas’ shocked when she unwittingly causes him to faint.

Nicola facilitates for Kerry and Lisa to come back to work.​​​​​​​ 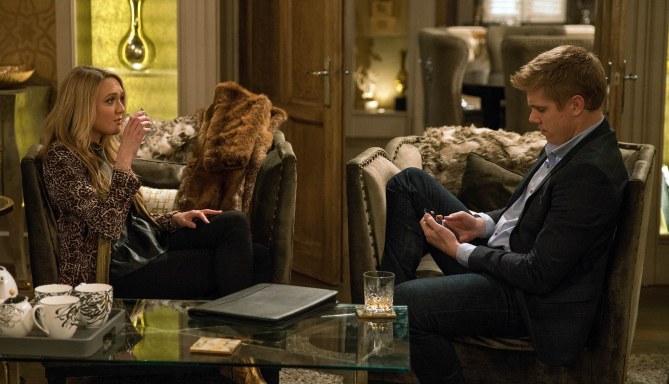 by Pascale Day
#Emmerdale
For all the best videos, memes and shareable news!