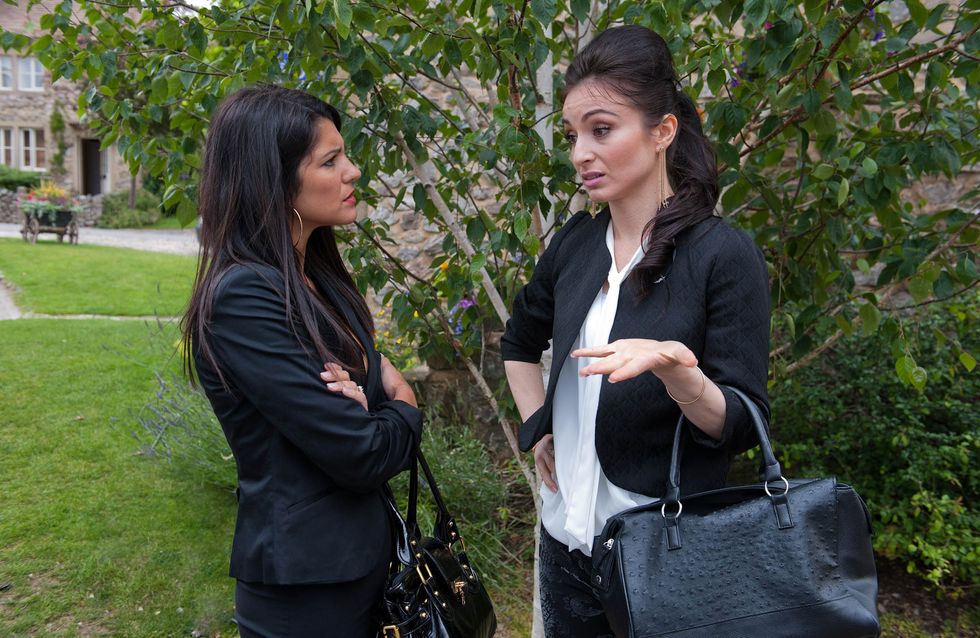 James tries to convince Debbie to change her mind regarding Emma looking after Moses. Debbie admits she is close to breaking point and agrees on the proviso Emma isn’t left alone with him. When James brings Moses home to Dale View Emma is delighted. Later, Emma’s mood is shattered when she finds Ross’ old phone with Donna’s messages on it. Emma is very worried, as she knows Ross would never have willingly left it behind. Emma suspects something terrible has happened to Ross and when the family discover his wallet, they too agree.

Leyla worries without Megan’s cash the game is up for her wedding business. Rishi turns his back on his son Jai for planning to leave Megan penniless. Later, Rishi offers to pay for Megan’s solicitor. She is grateful and tells him Jai’s assets are about to be frozen.

Laurel’s past repeats itself when she helps Belle and Kirin with some promotional work at the taste testing for their product. (She is dressed in a comedy bee outfit). 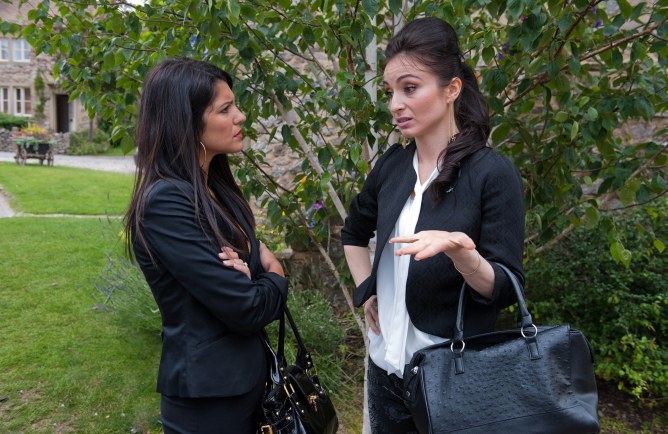