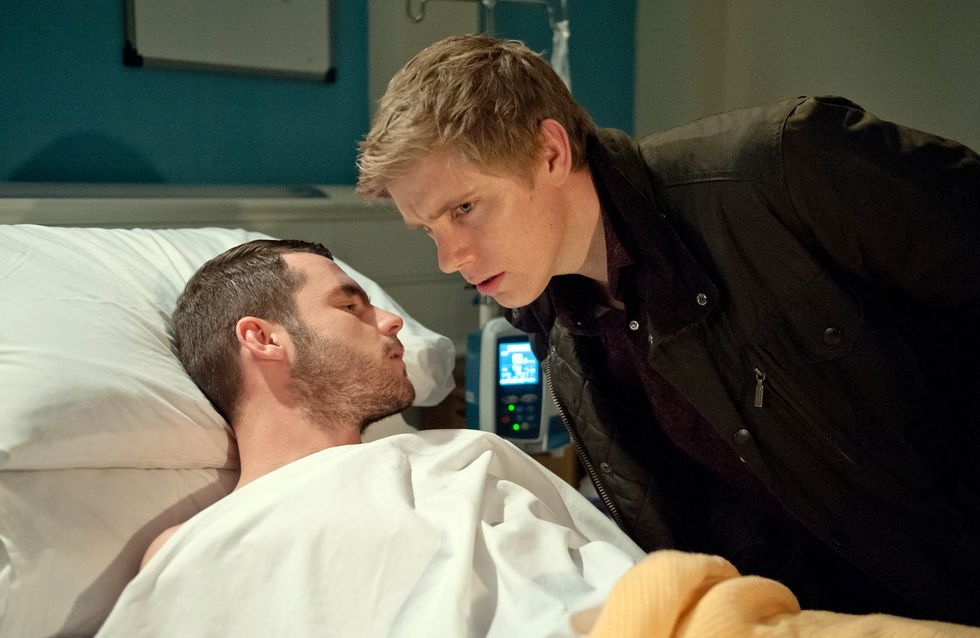 Aaron confronts Chas over Gordon and demands she leaves him. Chas thinks she’s talked him round but Aaron secretly attempts to leave the village. However, he is stopped by Robert and soon collapses from sepsis. Robert realises he’s been self-harming and has a bad infection. As Chas and Gordon make their relationship known around the village, Aaron and Robert are at the hospital and Aaron whispers something in Robert’s ear, leaving him shocked and concerned. What is Aaron hiding?

Rakesh admits that he would like to have Kirin by his side when he marries Priya but Kirin ignores them both. Kirin later admits to Vanessa that it’s time Rakesh faced the music but Vanessa has other ideas and ruins Kirin’s plan when the police turn up.

Rhona and Paddy’s adoption is back on track and Tess takes Marlon for coffee as she secretly tries to find out more about Paddy. But Paddy’s left shocked when Marlon tells him that Tess asked him out...

Carly's not impressed when Tracy gets a hot date over her. Nikhil’s pursuit of Leyla is interrupted when Jacob turns up in the village. 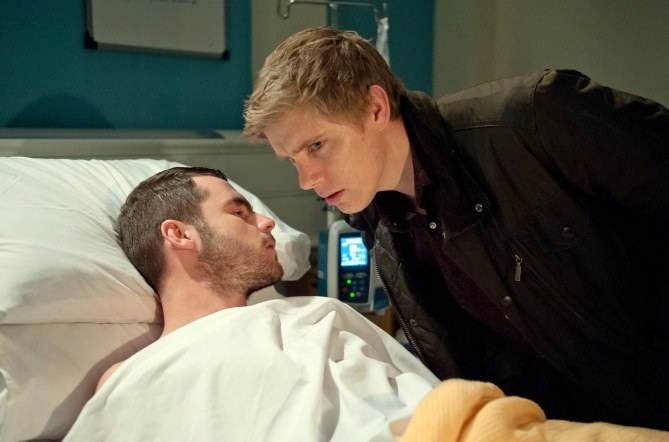