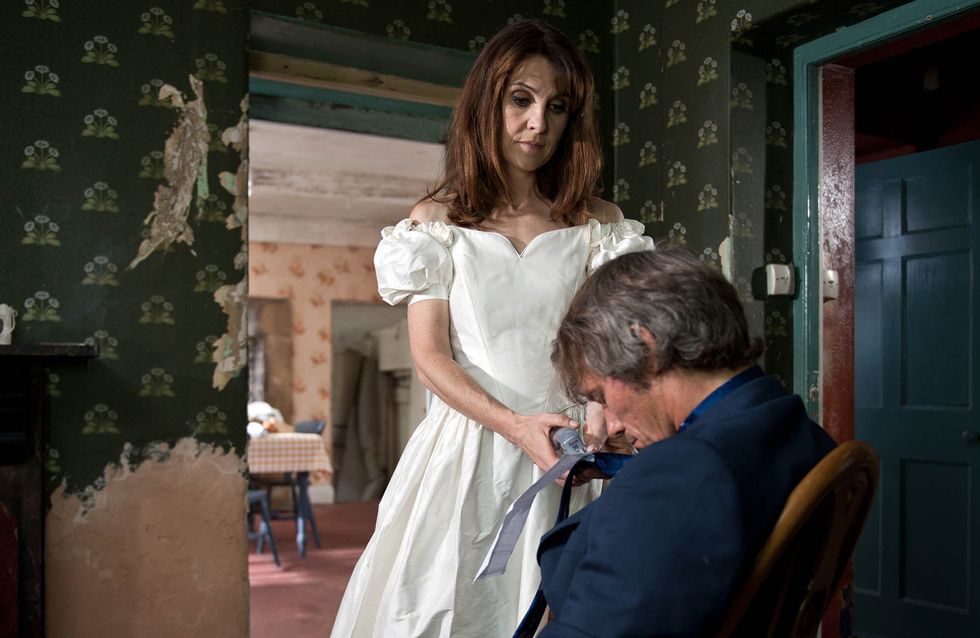 At the graveyard, handfuls of soil are thrown on the coffin and a flower. James is falling. At Wylie’s farm, however, James is just falling out of bed. James calls to Emma until he’s satisfied she’s not in. He gets the spare key from under the mattress and scrawls ‘I DO NOT’ across the wedding vows. He slowly makes his way along the corridor to the stairs. It is slow, painful going. He hears a lorry and tries to get the driver’s attention from the window, but it’s painted shut. He hurries to the door and falls. His pain makes his voice hoarse. He freezes to hear Emma talking to the driver outside, she’s back. Will Emma thwart James’ escape... 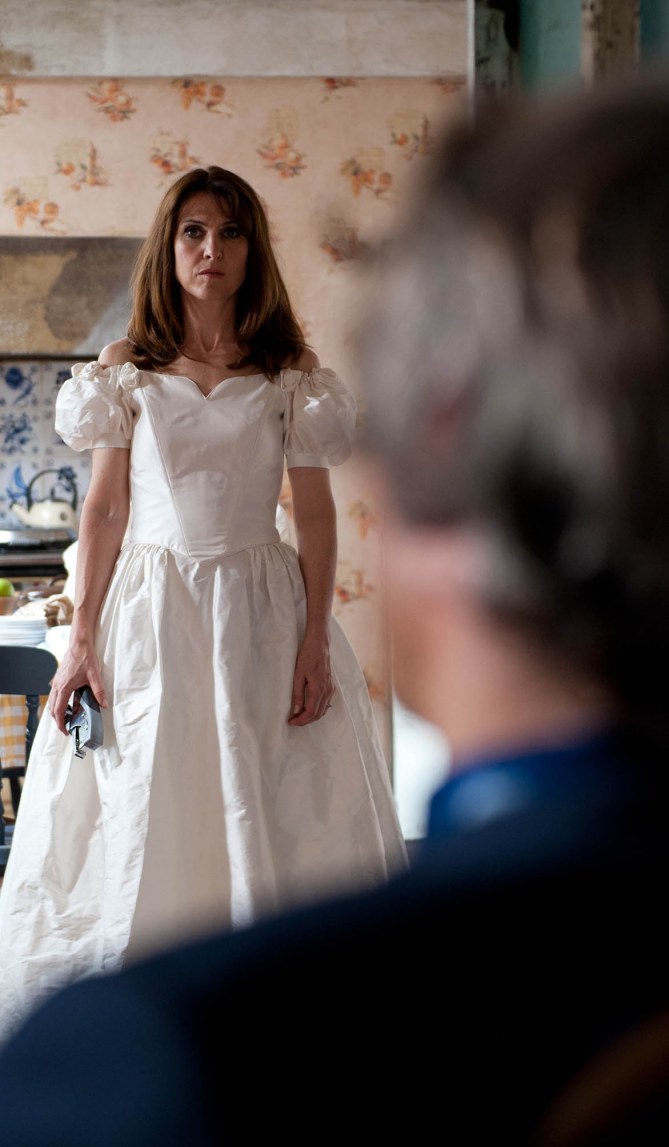