Pete reels to learn he's being accused of previously selling ecstasy, which resulted in a girl dying. He’s further shocked when he's arrested for supplying drugs. How will Debbie react when Pete reveals his dark past and will this have further consequences for them?

Robert drowns his sorrows after learning Nicola got the job. Ross spots him leaving his car keys behind and swipes them. While Aaron and Ross strip the car, Robert turns up. He's about to call the police but Ross offers their services. Will Robert hold back on calling the police and just what have Aaron and Ross let themselves in for?

Harriet contemplates doing a blessing for Ruby and Ali on the quiet. Ali’s delighted when Jai lets her see Archie. Andy’s patience wears thin when Debbie tells him the farm won’t be safe for the kids for a while. 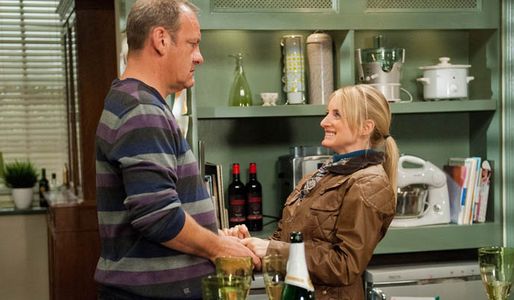 Emmerdale 06/01 –Val’s past comes back to haunt her

Emmerdale 15/9 - Priya's Past Comes Back To Haunt Her