At Butler's the Barton's struggle to undo the damage made by Lawrence. Whilst Robert is still scheming over how to get Lawrence off Ross’s back. But will his plans work? And can the Barton’s forgive Lawrence even with his offer of compensation? Later, Chrissie warns Ross she will get him one day. Ross seethes and grows tired of Pete as he blames him for their recent trouble. Ross has seen how much damage Lawrence caused in such little time and it’s given him food for thought.

Rakesh reveals bad news to Charity about her trial, telling her Sam has been called as a witness for the prosecution. Rakesh urges her to speak with him.

Nicola insists Jimmy needs to find new work premises. Later, Charity finally agrees to find somewhere else for the work party but dreads having to ask, where has she got in mind?

Rakesh seems intent on stirring things up for Vanessa and Kirin but Kirin overhears. Val fumes when she sees the story about her fundraiser in the Courier, determined to fix her reputation. 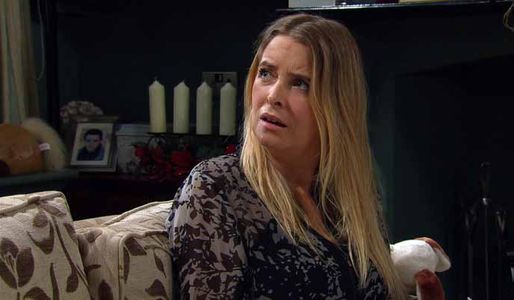