At the village hall, Jimmy assumes a group of women have come for toddler group but is too embarrassed to leave the conversation when he realises it’s actually a bereavement group. Can Jimmy really pretend his wife Nicola has died just to fit in?

Priya persuades Rishi to give her the money to rebuild the Mill, unaware of the mess Rakesh has left her in. Lawrence and Ronnie realise Chrissie has intentionally involved Ronnie with the expansion of the adventure park to keep him around Lawrence is pleased.​​ 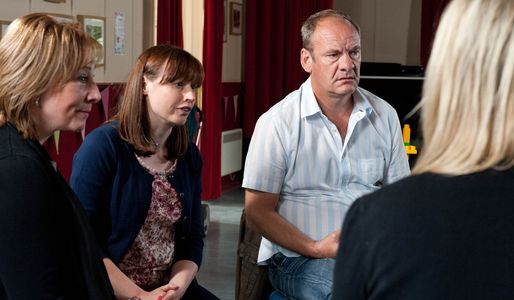