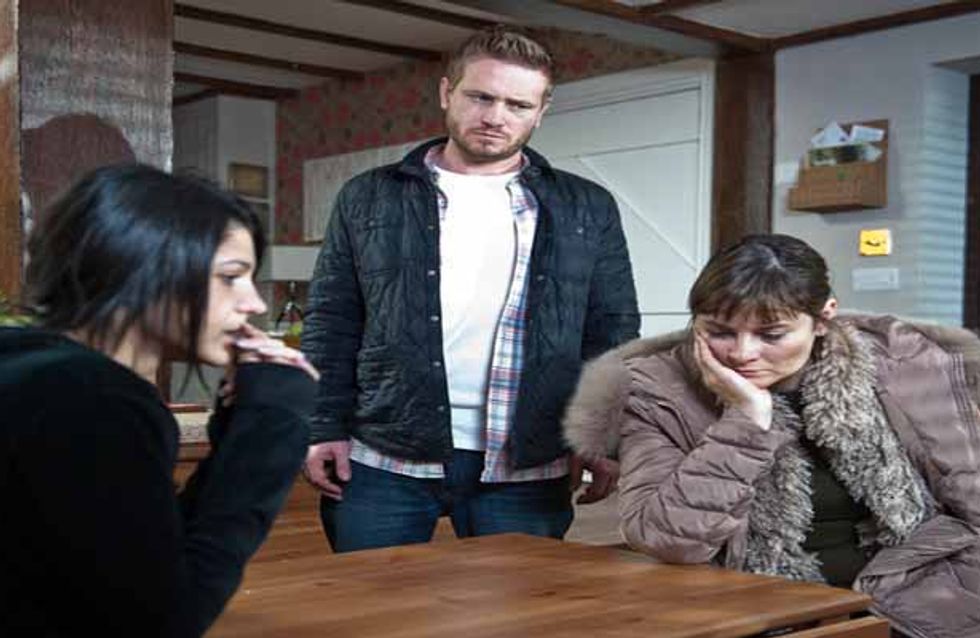 Lawrence urges Chrissie to call the police on David but she wants to speak to Alicia. Lawrence warns her against this but Chrissie goes ahead and soon, with the support of David finally, Alicia tells Chrissie everything that happened that night. Emotional, Chrissie runs out and Lachlan is thrown when she confronts him over Alicia. Lachlan continues to lie but Chrissie says she has spoken to Alicia and is crushed by Lachlan’s lack of remorse. Will Chrissie betray her own son to the police?

Laurel is hungover on Marlon’s birthday and later confronts Doug about marking his bottles. Laurel snaps at her father who wants to help but Laurel threatens he won’t see the kids again if he goes to Marlon. Laurel’s edgy when Marlon arrives home but perks up after Rhona suggests a drink.

Carly and Ross share a kiss before she leaves. Emma is delighted Ross listened to her. Carly ignores Bob’s questions as to where she was last night but Bob is later chuffed to learn Carly is sticking around.

Nicola arrives home to find Jimmy in his pants with the heating on full. Will his mission to get her to think twice about Dubai be successful? Rhona and Paddy need £5000 for the equine centre and Vanessa tells a shocked Paddy about her lump. Pearl’s distressed when Paddy needs to check the bank accounts. Will Paddy and Rhona be left disappointed? 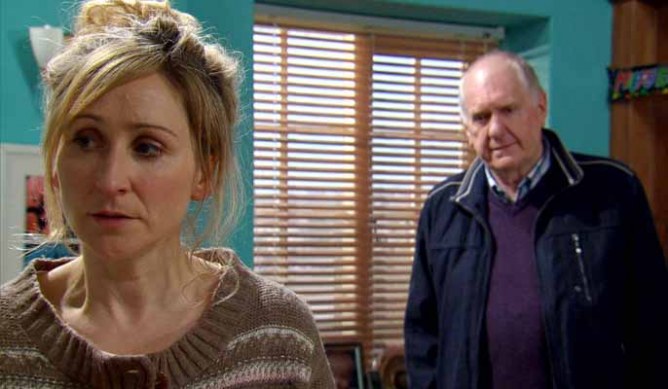