Marlon questions Bob about Donna's whereabouts. Meanwhile, a worried Ross is desperate to get an update on George. He begs Finn to go to the hospital to find out about a guy who has been in a fight and is forced to admit it was him who beat the guy up. Pete is adamant it’s Ross’ problem but Finn can see Ross’ desperation so relents. Later, Finn and Pete find themselves at the hospital, but what will they discover?

Megan berates Leyla for mouthing off about Jai's financial problems. Jai's frustrated Megan is doing the dirty work for him and warns her to stop taking over at the factory. Jai later apologises and is caught off guard when Megan has a business proposition for him.

James moves into the Woolpack and Chas is bemused by all of his belongings. Kerry's chuffed when she and Dan set a date for their wedding. Bernice seems fed up when Andy opts for a night with the lads’ instead of with her. Realising Brook Cottage is free, Robbie swipes the keys. 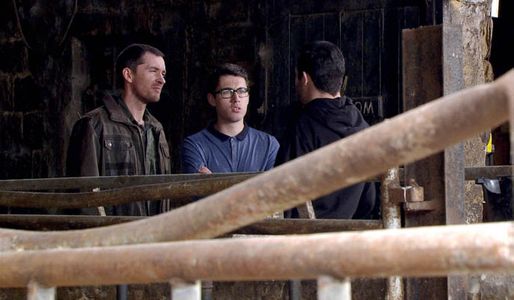