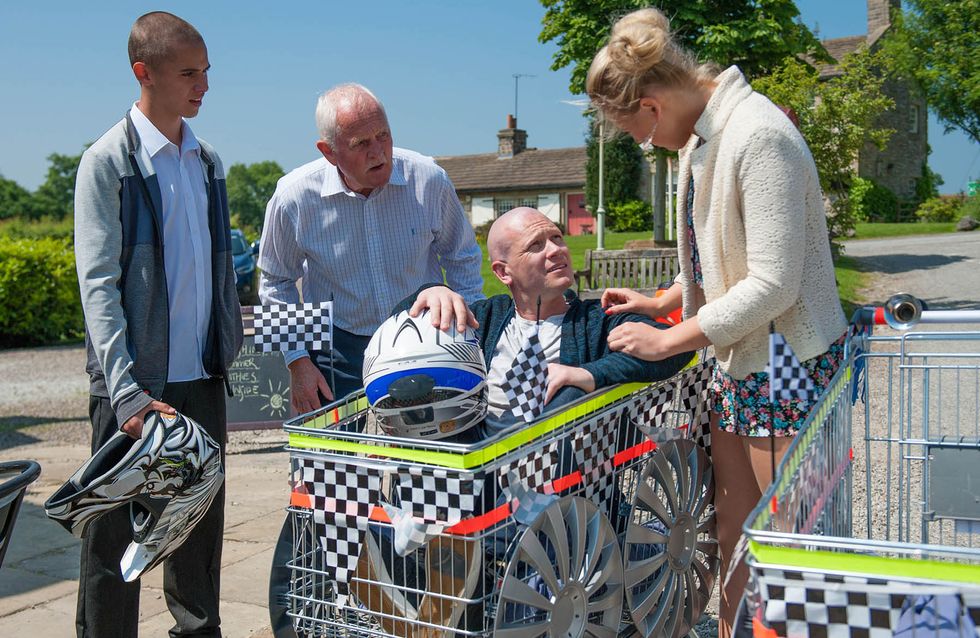 Distracted by Ellie, Belle’s knocked over by Tracy’s trolley. Charity sees an opportunity to follow through with her miscarriage plan again. At the hospital, Belle’s panicking but Charity insists this is the way to solve her baby problem. They’re shocked to see Angie Bailey there and learn she also had miscarriages with Bailey. Belle feels wretched about putting Bailey through it again. The sonographer comes to do her scan. She spots Ellie and runs away, breaking down whenshe’s safely alone. Will she go through with the plan and break Bailey’s heart?

When Tracy’s surprise shopping trolley race doesn’t go to plan,David tries to cheer Tracy up by attempting to beat the world cracker eating record and she tells him she loves him as he heads for his chemo session. When he returns, David announces to Tracy he’s booked a slot for their wedding. She’s frustrated, but he says it’s just in case she changes her mind and pledges to keep asking her.

When Holly get woozy from the methadone, Adam asks Moira if Holly is using again. Moira insists she isn’t. Chrissie offers Ronnie the contract for the adventure park to keep him in the village. Joanie is hurt Zak didn’t contact her about Belle.​​