Everyone is in crisis talks over how to hide Aaron. Chas frets over his fugitive lifestyle and is even more concerned when she spots fresh self-harm scars on him. When the police arrive to question her, she lies that Aaron is dead to her. She’s determined to save her son and asks him to stay and take charge of his life. She decides the only solution is to shop Adam to the police, she tells Aaron of her plan, but will he ever agree to it?

A grief-stricken Ross replays an answerphone message Donna left for him, unable to believe she’s gone. Spotting a police car he’s torn over what to do. Cain arrives and orders him inside Dale View, warning him that he’ll go down if he opens his mouth about Aaron. Meanwhile, James tells Pete and Finn about the situation and asks them to keep an eye on their brother.

Marlon covers for Ross and Donna with the police, determined to protect her memory, he tells them she died a hero in the line of duty.

Vanessa has pulled and she is very keen on him - but later mortified to realise her hunky toyboy is Rakesh’s seventeen-year-old son!

Aaron doesn’t want Chas to hand Adam in and Moira and James are horrified to hear of her plans. Chas picks up the phone to make the call but Aaron is determined to talk her out of it. He delivers her an ultimatum - if she hands Adam in, he will never speak to her again.

Unbeknown to everyone Edna has spotted Aaron leaving The Woolpack and has called the police!

Marlon and Laurel panic over what to do to protect themselves, having lied to the police. They decide the cash Ross gave them is dirty money and decide to burn it - not realising April is watching.

Despite Kirin only being seventeen, Vanessa is tempted by him. She faces the classic dilemma of head or heart.

Charity has the last laugh over Megan. 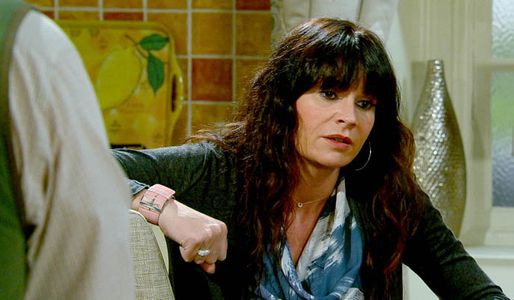