At Home Farm, Nicola enjoys having authority and taking the upper hand as she insists she'll sort the insurance out. Robert fells guilty when an upset Chrissie tells him her mum's engagement ring is missing from the raid. Meanwhile, Chrissie's still angry and Lawrence knows what to do to make things right.

Laurel nervous about court but feels abandoned when Marlon goes into work but promises he will be back in time to take her. But his promise is short lived as he suddenly needs to dash to April's school. And the gulf between Marlon and Laurel grows bigger.

Chas gives Belle a pep talk after working out she is faking an illness to stay off school. Later, Belle sees an opportunity and enters an empty Victoria Cottage, intrigued by where Gemma used to live, though is alarmed when Kirin appears. But could this unlikely meet give Belle new hope when Kirin confesses that he once blamed himself for his mum's death too?

Leyla offers to be Katie's wedding planner; however, she and Vanessa are shocked Katie is putting their rent up. 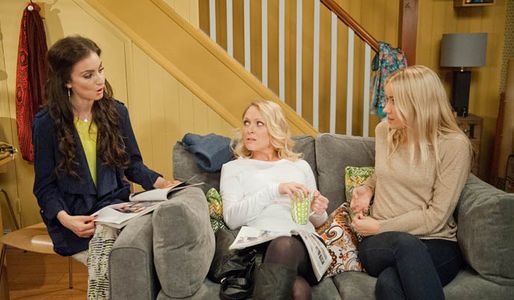