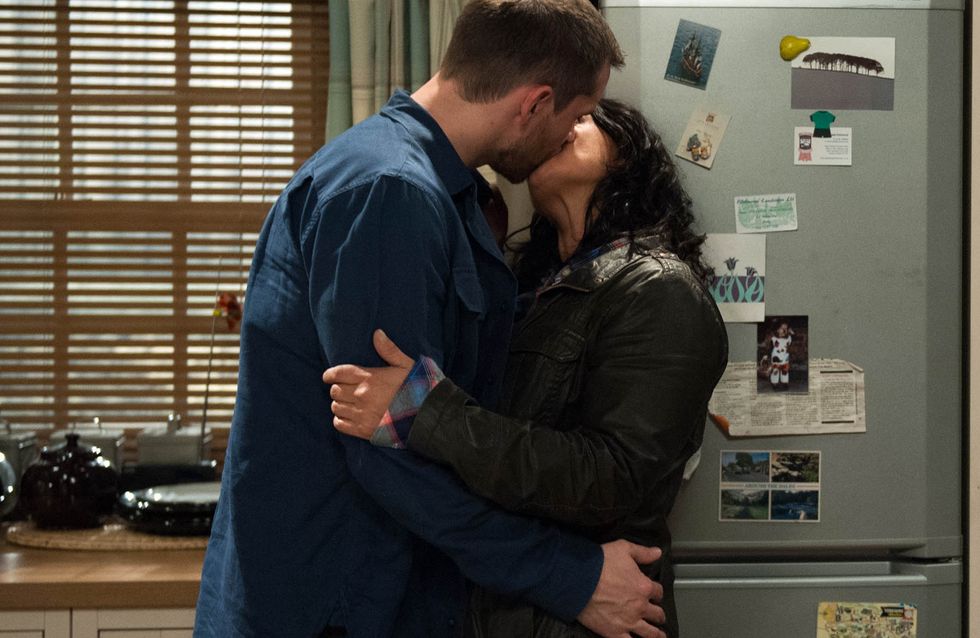 Hung-over Moira misses the meeting and has also missed Pete's calls who up at the farm with a grumpy Patrick, the buyer. Moira's panicked when reminded about the meeting and Finn suggests he drive her as she's still over the limit. Moira gets to meeting but is in a bad way and the guy Patrick is not happy with the pitch. After the meeting upset Moira confides in Pete and he softens and they end up kissing. Meanwhile, Carly encourages Leyla to go and see Pete, insisting he still likes her. Leyla arrives at the farm but will she realise what has happened?

Laurel's exhausted after not sleeping. Doug suggests re-considering full time care for Ashley but Laurel's defiant, determined she's not doing that yet. Later, could it be a conversation with Aaron that helps Laurel come to a decision?

Jimmy arrives back in the village and is about to go and see Nicola when Rodney suggests a pint first but it is a mistake as unbeknownst to him Nicola has seen from the window. How will she react? Finn worries he's no good in bed to Tracy.​​ 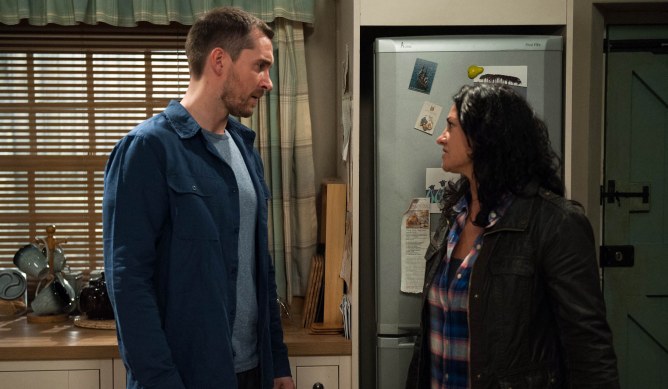