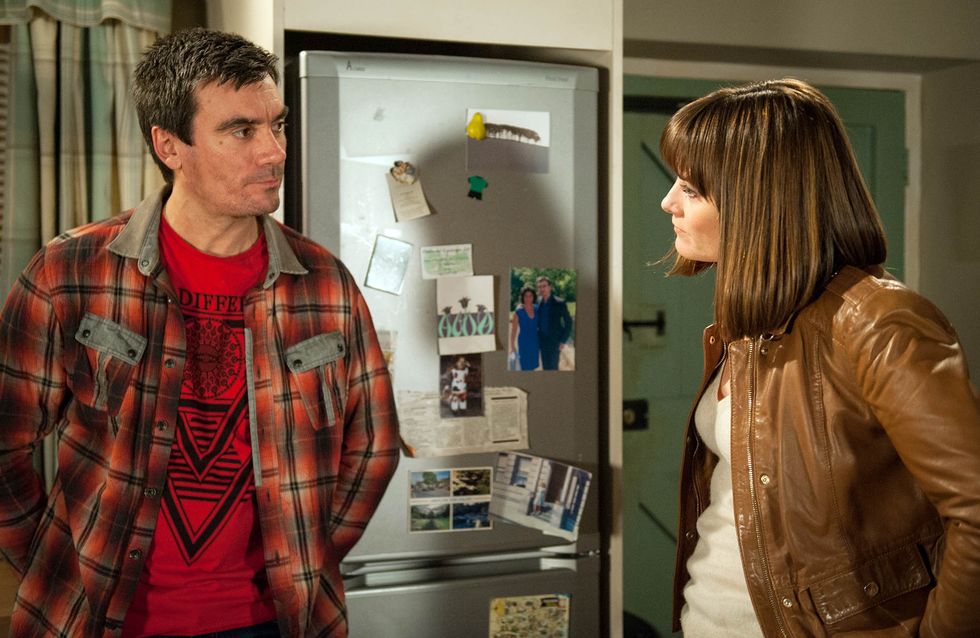 Belle and Lisa are confused when Joanie reveals her ring and lies about where she found it. Lisa speaks to Zak alone and he's confused by her actions. Soon Zak confronts Joanie who ends up rowing with Belle. Zak walks in just as Joanie slaps Belle. Zak goes to see Rishi and threatens him over going near Joanie again. Later, Belle leads Bailey into the factory out of hours, oblivious to an alarm flashing. She's lit candles in the office for her romantic liaison. Meanwhile, Rakesh is heading towards the factory as Lisa arrives, saying she's left her bag at work and they both head there together. Getting passionate with Bailey, Belle panics to hear her mum’s voice...

Bernice is frustrated Lawrence insists he's returning to work and she insists she's booking a cruise for them. Chrissie's determined to help Andy who thinks he's never going to see the kids and she goes to see Cain but will it work?

David's emotional as he says goodbye to Jacob before he leaves to visit Alicia. Tracy assures Leyla she'll look after David. David later reluctantly agrees to go to the pub with Tracy. Belle and Bailey are in danger of being discovered together but matters worsen when a fire starts in a bin due to the candles they have lit. Pierce is shocked by what he hears and is soon on the warpath. Holly hides her jealousy as Moira and Cain kiss. Tracy is disappointed how things go at the pub with David. Bernice is keen to book the cruise for her and Lawrence. 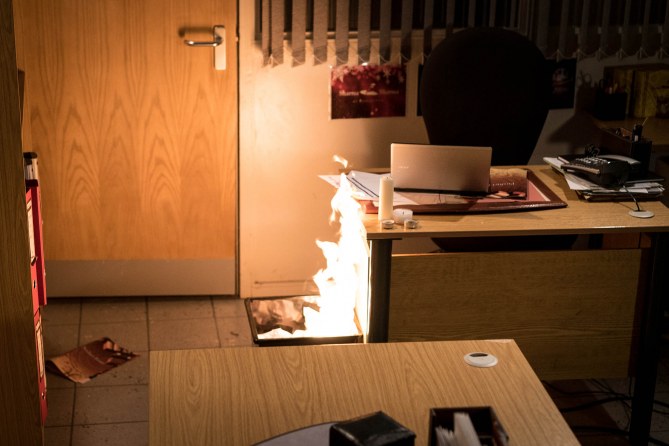