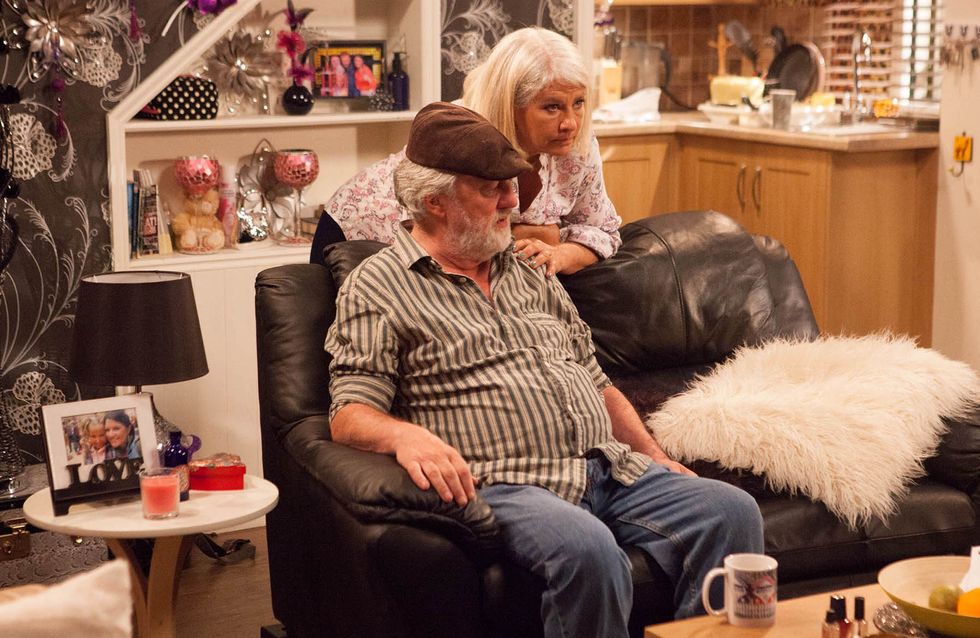 Holly’s reluctant to go and collect her methadone. Moira’s called to an emergency at the farm and asks Holly to go to the pharmacy on her own. She gets a text from Simon offering her heroin whilst Jai offers to take her to get her methadone. Which way will Holly turn? When Moira worries Holly hasn’t called, she’s alarmed to learn from Victoria she forgot her phone which has missed calls from Simon on.Fearing her daughter has caved, Moira barges into Simon’s house, looking for Holly.

Priya offers to chase the insurance company, but guilty, Rajesh insists he’ll sort it. Later, he interrupts her calling the insurers and takes the phone from her. He pretends to demand they pay up, but secretly kills the call.

Lawrence tells Chrissie, Andy knew who Ronnie was all along, but kept it secret for Bernice. She is furious. Joanie books a wedding slot without Zak’s knowledge. Belle lies to Charity she really is pregnant now.

Moira’s angry at what Holly’s mess has got her into. Holly returns and announces to Moira she’s decided to stop taking methadone. Moira’s horrified and shocks Holly with her anger. She storms off and James warns Moira to tell Cain and her daughter what happened but will she?

Priya asks Rishi to give Rakesh a loan, but Rakesh is furious when he finds out. He spots an opportunity when Dan invites him, Rishi and Rodney for a poker night. At Dale Head, Rakesh is winning when Pierce arrives to join the game. Rodney suggests they up the stakes and the two men prepare to face off...

Zak’s surprised to learn Joanie’s set a date for their wedding without him, but agrees to it and she is thrilled. Lisa and Belle, however, are shocked when Zak and Joanie make the announcement and Zak asks Charity if they can hold the reception in the pub.

Lawrence is determined to play dirty and calls his lawyer about starting divorce proceedings against Bernice. Andy confronts Lawrence and tells him to stop trying to hide his sexuality.​​​​​​ 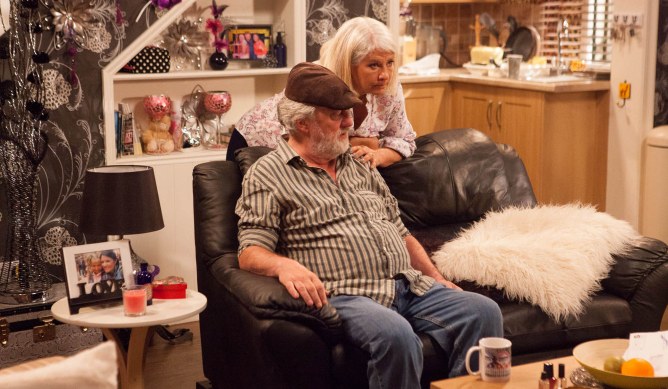