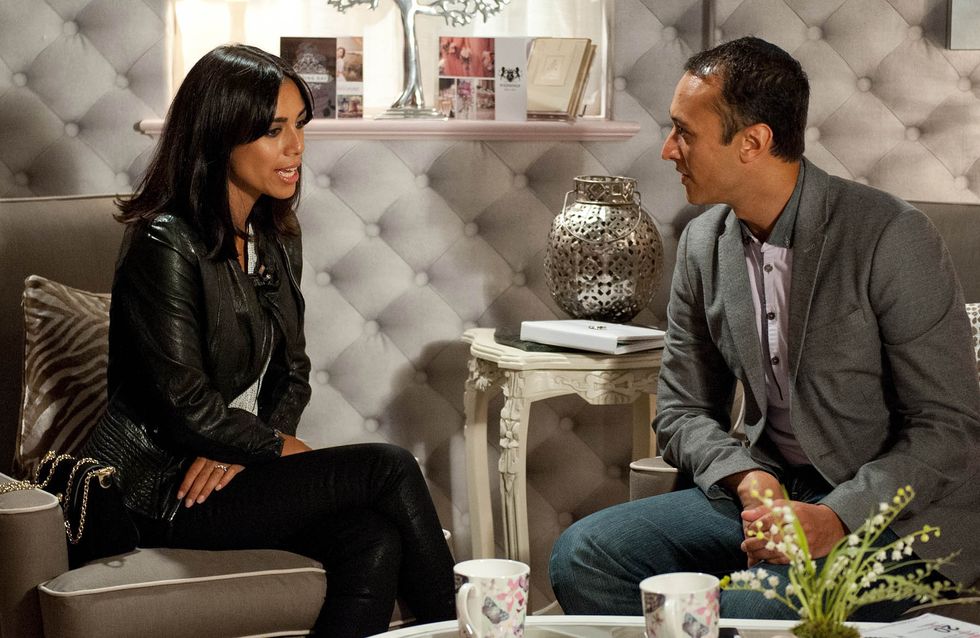 At the hospital, Tracy insists she’s with David no matter what happens. In the appointment, David’s shocked and overjoyed to learn the treatment worked and the cancer has gone. Back at the Woolpack, Leyla, Carly and Vanessa have set up a joint hen/stag party and everyone’s relieved to hear David’s in the clear. Tracy worries he won’t want to marry her without cancer hanging over him, but he reassures her.

Frank shows up at Tracy’s hen so but she tells him to get lost, pouring a shot over him. Outside, Frank tries to tell Pollard he wants to make things up to Tracy, but Pollard tells him to leave for good. Inside, David (in a leather nurse’s outfit) eventually suggests drunk Tracy heads home and she takes his advice. Outside, she’s upset to see Frank’s car and attacks it. She accuses him of never wanting her. He declares he’s taking her on a ride and zooms off with her in the backseat...

Priya tells Jai her eating disorder is back. He thanks Leyla for being therefor his sister. He hugs Priya, determined to be there for her this time.

There’s a spark between Leyla and Pete. Victoria’s intrigued to overhear Chrissie isn’t Lawrence’s biological daughter. Jai and Holly are about to kiss when Moira returns and he makes himself scarce.​​​ 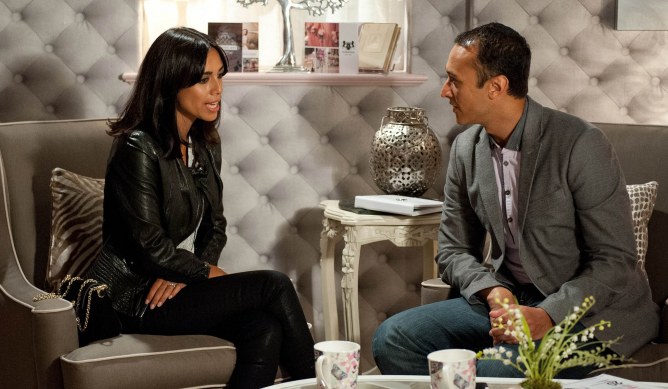