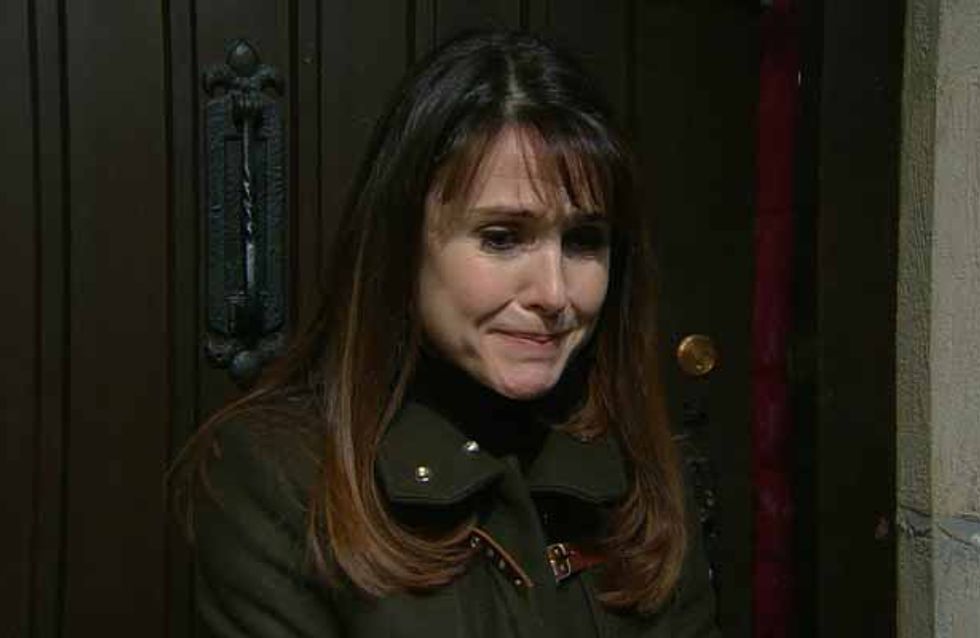 Ross and Finn try to persuade a reluctant Emma to stay in the village. . A surprised James later spots Emma and she is awkward to see him and shocked with what he tells her. Emma is left thoughtful when James’ makes a surprising suggestion.

Cain is brooding and Chas worries.

Nicola’s pleased when Jimmy tells her he’s moving his business out of the house. Later, Jimmy surprises Nicola with champagne and she steels herself as she suggests they take it upstairs. Sam and Tracy prepare a birthday party for Samson but Zak is not pleased about their growing friendship.

Emma learns about Donna and her heart breaks for Ross’s loss. She tries to talk to Pete but he won’t forgive her for what she did. However, Emma’s relieved when he says he won’t stop her from staying in the village. Meanwhile, in the Woolpack, Finn tells Ross their mum has decided to stay. Will Emma try and manipulate her knowledge about Donna to build bridges with Ross?

Jimmy tries to reassure Nicola after their afternoon of passion didn’t work out, but she’s got a secret worry. Adam asks Moira to buy back his share of the farm so he can buy Pollard’s silence over the scrapyard. Unbeknownst to Chrissie and in a bid to keep Katie’s prying eyes away from him and Aaron, Robert tells an apologetic Katie she can call by later to go over details about the farm deal, leaving Chrissie incredulous. 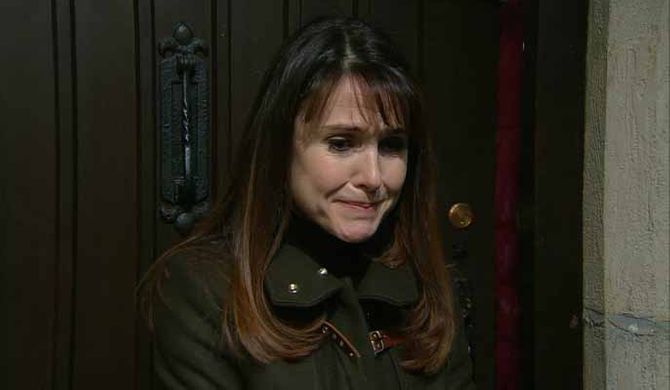