Still worrying about Lachlan’s move Chrissie starts concocting a plan to get rid of Donny. When Donny tells Chrissie, he and Lachlan are leaving Friday her anger boils over but suddenly his phone rings and he goes pale, realising it’s Charlie. Donny scuttles out to take the call as Chrissie watches him suspiciously. When Donny returns he ups the ante demanding money and making threats but Chrissie holds tight refusing his demands. Fuelled by anger she is now more determined than ever to stop Donny in his tracks and calls Ross over whether he wants to earn ten grand.

Pete is still furious Debbie blew the family secret so publicly and soon Ross hears about Debbie’s betrayal. Debbie tries to apologise to Ross. But will he be able to forgive her?

Finn sneaks out without Darren, but after Darren receives a phone call could he be having a change of heart towards Finn? Val overhears a conversation involving Darren and goes to Finn who panics over what she has assumed is happening. But have they got the wrong end of the stick?

Emma explains to Val the reasons how she did what she did to Ross when he was a child and Emma’s relieved when Val tells her she doesn’t hate her. Leyla tells David they need to get Alicia back to her old self. But soon Leyla wonders if she has gone to far? 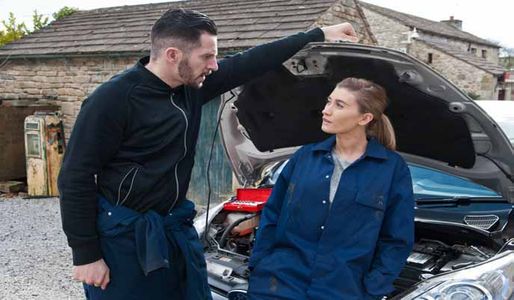