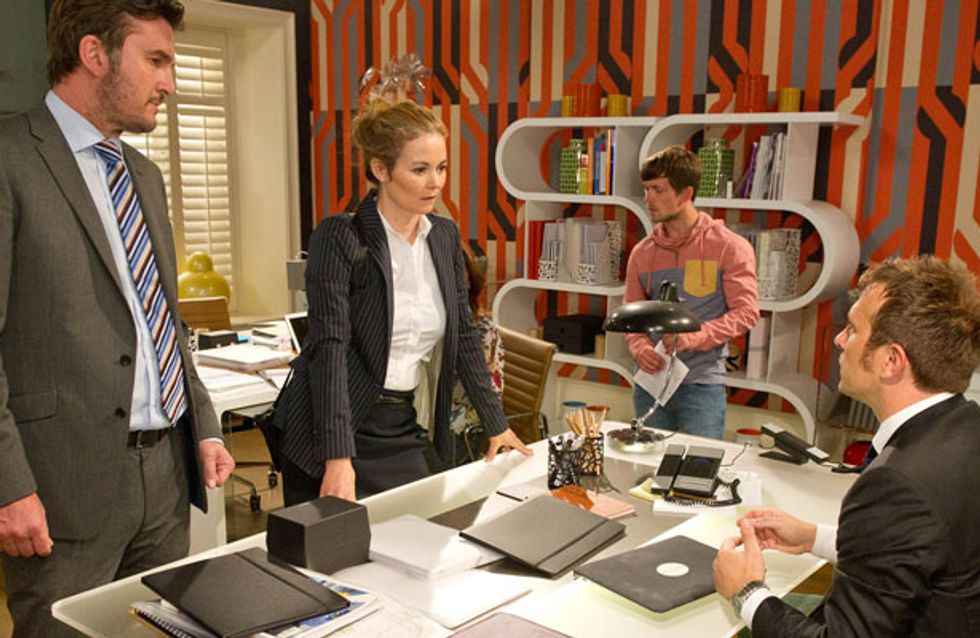 The Home Farm office does its best to keep rumours at bay after Declan cancels the festival. But things go from bad to worse when Declan is arrested for perverting the course of justice. He's questioned over Katie's disappearance - before he's charged with murder.

Elsewhere, Paddy demand s to know the truth from Rhona, asking her if her Pilates lessons are a cover up for an affair. She argues that they're not before bolting to the Woolpack toilets. Vanessa follows her in and offers her a way out.

Also, Charity is gutted that she and Jimmy will lose work because the festival is cancelled and Kerry's not happy when she sees Dan comforting Chas.

Declan continues to protest his innocence over the body and Katie's whereabouts. He urges the police to talk to her best friend Chas.

Declan is released without charge when Chas confirms Katie left of her own free will. But the bad news isn't over for Declan when he finds out the insurance company for the festival won't pay him.

Elsewhere, Vanessa urges Rhona to come clean to Paddy about their 'relationship'.

Meanwhile, though, Paddy is scrolling through Rhona's phone in search of the truth, thinking he's found the evidence he needs. When Rhona returns and sees what he's doing she lashes out and hits him.

Vanessa calms Rhona with another dosage and she goes to see Paddy to explain. But he's got his bags packed.

Also, Kerry's jealous of Chas and Dan and Val and Polly are worried about Amy's motives. 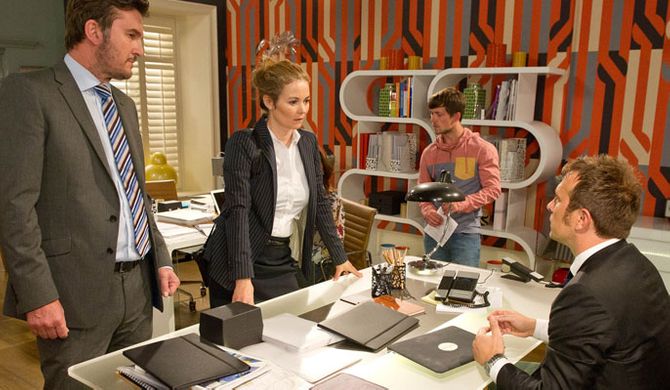 © ITV
by Esme Riley
For all the best videos, memes and shareable news!