Diane and Victoria are floored when the police arrive at the hospital and it’s suggested they might have arrested the wrong person. Meanwhile, Aaron sits alone in his cell wishing he’d never laid eyes on Robert Sugden. Ross returns to the village and is annoyed Andy seems to be on friendly terms with Pete.

Harriet is unaware of what Sandy requested of his son and is taken aback by Ashley’s vehemence when he calls his father a selfish old git. Harriet is shocked to hear what Sandy’s has asked of Ashley, but convinces Ashley to have another word with him.

Paddy receives a phone call and his face falls when he recognises the caller’s voice. He tells them not to ring again, saying they never met and he doesn’t know them.

Bernice is flustered when Lachlan jokes she is allowed to stay overnight. When Lachlan says it would be better for everyone if Robert was dead, neither Lawrence or Chrissie pull him up on it, as he is echoing their sentiments.

For the first time, and to celebrate its 43rd birthday, Emmerdale will break from its usual way of storytelling with a ‘rewind’ episode that will reveal what really happened on the night that Robert Sugden got shot. Three secrets will be revealed that will rock the village forever. 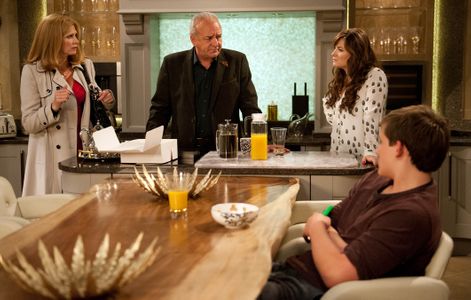