Ross reassures Debbie he’s got Christmas covered. He asks Aaron if he wants to join him on a job but Aaron’s not keen. Paddy's thrown when Aaron says Robert intends to buy Diane's share of the pub. Aaron is determined to try and find the money himself. Soon Aaron is left shocked to the core when he sees Gordon emerge from a taxi in the village. Aaron is furious he’s turned up and disinterested when Gordon explains he’s had cancer. Soon Gordon offers to give Aaron the money to buy the pub but Aaron thinks he's trying to buy him off and angrily grabs him. Aaron see’s Ross heading off in his van and jumps in with him.. he’s changed his mind about doing that job after all..

Laurel and Ashley are once again united despite her confessing to having told Doug the truth. They decide they should tell the kids soon as they are a family again. Later, Harriet watches in disbelief as she sees them kissing and Laurel and Ashley announce they’re together. Tearful, she hurries off leaving Ashley and Laurel wracked with guilt…

David has gathered all his cash to get back Val’s ring. He plans to leave the money behind the village hall in exchange for Val's ring but Nikhil and Leyla are worried something is amiss and unknown to David they hide in the village hall to see who drops it off. Will their involvement cause David to miss out on getting the ring back?

Belle talks to Lisa about Joanie's gig at the swanky hotel but Zak's thrown to realise she's actually singing at a working mans' club when he sees an advert in the paper. Later, Joanie's face falls when Zak walks into the club. Paddy's guilty as he lies to Rhona so he can see Tess. 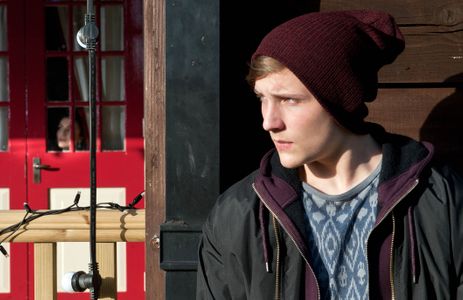