Emmerdale 22/2 - ​Chas and Robert unite to plan their revenge

Frustrated and feeling helpless with the lack of support from Cain and Robert, Chas decides to take action against Gordon. Outside Gordon's, a raging Chas bangs on his front door with spray paint in hand shouting for him to come out before she lets everybody know what he really is. Robert arrives, as Chas is spraying Gordon’s car with paint. Robert is angry it will only make matters worse. Later, Robert explains they need to be cleverer if they are going to bring Gordon down.

Priya wonders why Rishi won’t promote her now Nikhil has gone. Rakesh receives a shock letter from Kirin in the post. Priya's conflicted but helps him destroy it. Rakesh is alarmed Ross is looking for Kirin and threatening he might go to the police. Later, PC Swirling arrives telling Rakesh they’ve found Kirin’s car. Priya is uneasy to hear Rakesh lying to him. Meanwhile, Rishi apologises to Priya and asks her to take the reins at the factory and Jai's surprised when Priya asks if he'll be her assistant manager.

Paddy's frustrated Rhona's avoiding him and she's pained to see Paddy's anger over Tess' death as PC Swirling questions Rakesh. In the pub Paddy tells Vanessa, he thinks Kirin's disappearance proves he killed Tess. Rhona returns to the table and he's forced to drop the subject. However, Paddy can't later let it drop and tells Rhona he thinks Vanessa and Rakesh are covering for Kirin. He wants to call the police but Rhona forbids him - will he?

Cain feels useless over the Aaron situation and he and Zak build bridges as they talk. Leyla’s licking her wounds after being dumped by Nikhil. Brenda is distraught as once again lost Molly. 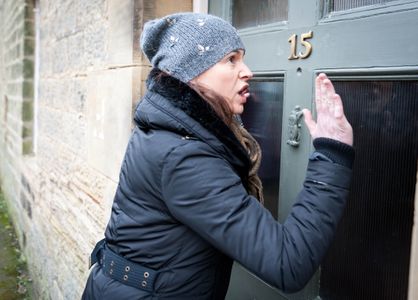