Joanie despairs at Zak’s jealousy. David’s moved when he meets a young lad, Dylan, with the same condition at the hospital. Later, Tracy plucks up the courage to tell David how she feels. David needs to speak to Pollard. Is it the news he’s been dreading? Finn strikes a dodgy deal with Charity when he unwittingly agrees to help her shift some knock-off action figures. Worried about Lawrence, Bernice is determined to sort the business herself, though she's clearly out of her depth. Pierce decides to stay on in the village. 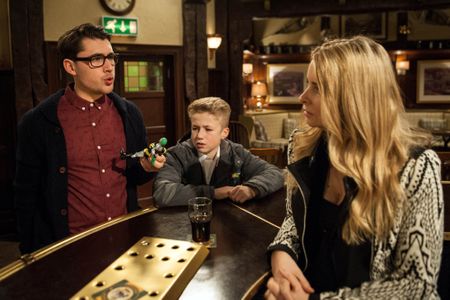