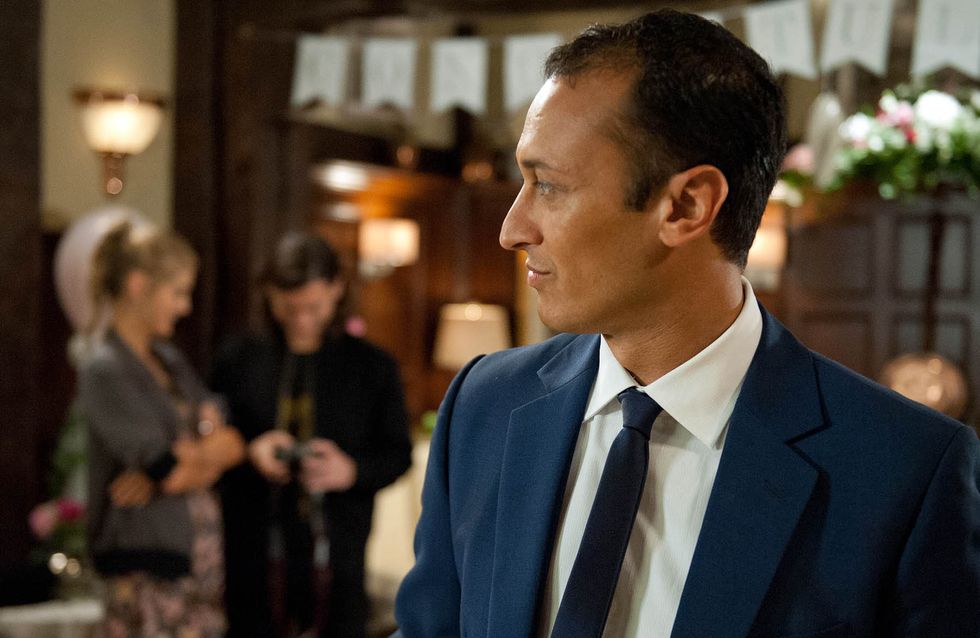 Somewhere out in the countryside, Tracy’s furious to wakeup in Frank’s car. The car battery is dead and when she sees the time she panics and calls Vanessa and asks her to come pick them up. Trying to make amends, Frank shows Tracy he carved her name in a tree when she was being born. She’s unimpressed and is worried she could miss the wedding for this. Frank starts to get through her defences when Vanessa arrives with her wedding dress andTracy rushes to get changed in the back of the car. The day goes from bad to worse when Tracy accidentally disengages Vanessa’s handbrake. As she get out of the car in her dress they are all stunned to see the car roll back into the water...

David is dismayed to learn from Leyla that Tracy is missing. Carly gets a text from Vanessa promising Tracy will be at the church. Everyone carries on with the preparations but David is still worried she won’t show!

Holly is helping set up at the wedding reception and gets attention from the sound technician, Ben. Jai sees and is jealous. Ben asks Holly out, but she brushes him off, her eye on Jai leaving. She catches up with him behind the pub and tells him about Moira selling up. He tells her he’ll miss her and they kiss.

Carly gives Finn a message to pass onto his brother about hooking up with Leyla at the wedding but this soon results in a confusion.​​​

Stranded Tracy needs to get home to Emmerdale, She tries to flag down a car but it just sprays her with mud and drives on. Tracy’s on the verge of tears when Frank pulls up in a tractor and tells her and Vanessa to get in. Outside the church, David’s hope dwindles as Harriet says she can’t wait much longer... Will Tracy make it to the church on time?

Behind the Woolpack, Holly and Jai are kissing when they hear Megan approaching. They jump apart but is their secret out?

Dan and Jimmy prepare to have it out once and for all when Rodney diffuses the situation by suggesting an arm wrestle.

Leyla’s has to explain what has happened and Finn is soon in the firing line.​​​ 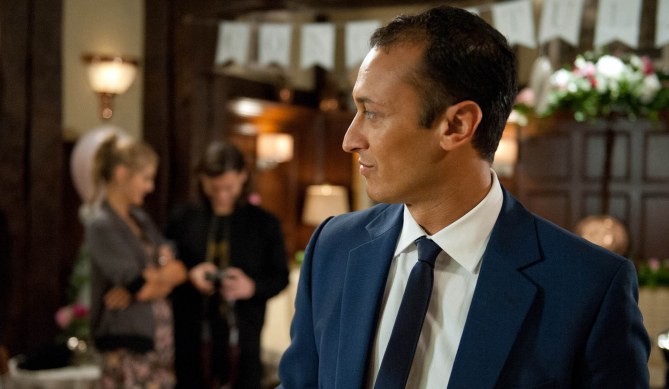