Lawrence and Lachlan are unimpressed when Chrissie admits she didn’t mention the kidnapping to the solicitor. Chrissie apologises to Alicia for Lachlan’s behaviour explaining she has made a statement admitting her version of events and assures her David’s kidnapping is also in the past. However, will Lawrence be as willing to drop the issue?

A desperate Pearl tries selling her jewellery to Pollard and soon becomes defensive when Sandy pulls her up on it. Paddy is shocked when a concerned Edna tells him about Pearl’s stealing and Vanessa finds Pearl’s stashed ‘IOU’ book. Rhona thinks Pearl deserves a chance to explain but will Pearl’s betrayal be too much for Paddy?

Doug finally confides in Diane over what is going on with Laurel, admitting her drink problem. He explains why he can’t tell Marlon. They notice Laurel refuse wine at Jimmy and Nicolas leaving drinks but despite this, Doug remains uneasy. Later, Laurel spots a bottle of vodka, tempted but will she be spotted?

Jimmy is miffed about being a househusband in Dubai. Will Jimmy be honest with Nicola about his feelings about the move? 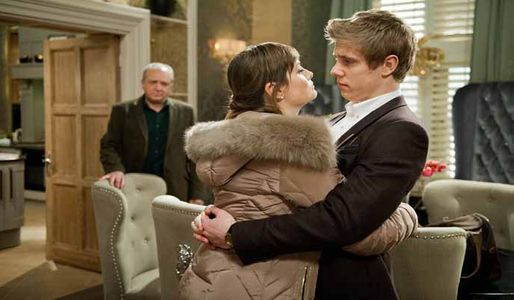