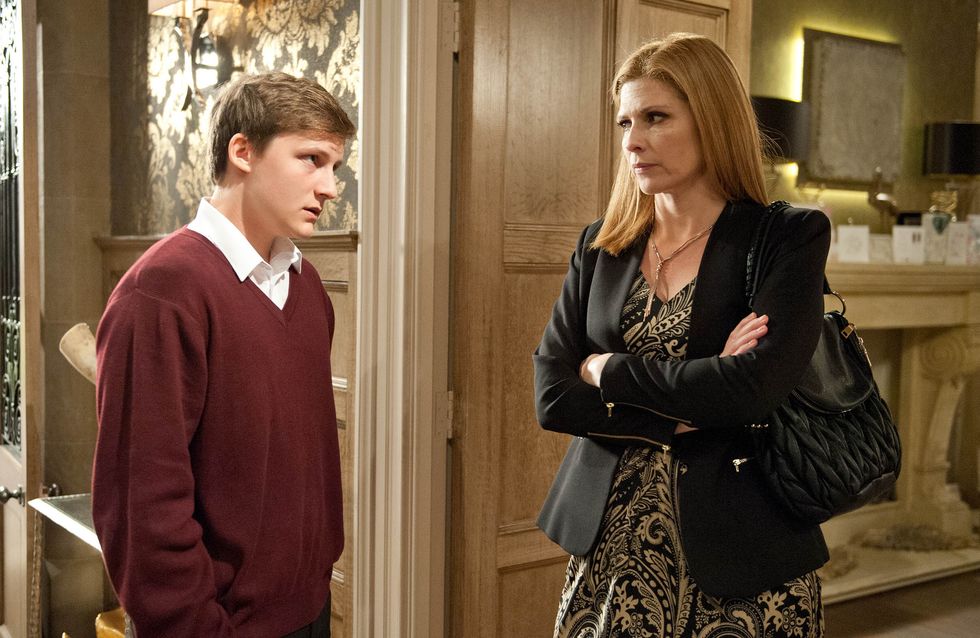 Chas is welcomed back to the pub and is disappointed Aaron isn’t around to meet her. Soon she is staggered to digest Diane’s news. Diane assures her she won’t sell to just anyone but Chas reels when she hears Diane has met her ex Gordon through attending chemo. Meanwhile, Ross fills in Aaron about the job; they are going to rob a warehouse and Aaron is the look out. Ross heads into the warehouse as Aaron waits outside but a worker who doesn’t recognise him soon questions him. Will Aaron do something he may later regret? Later, Aaron returns home to his mother who suspects his mood is down to finding out about his dad’s cancer.

David is aghast to find the money has gone but no ring. He’s furious with himself for falling for the scam but Leyla and Nikhil have an admission to make. Soon Bernice comes across the phone with all the ransom texts, will she confront Lachlan and Gabby over it?

Zak feels conflicted when Lisa kisses him. Unable to get Joanie off his mind, he later slips off to see her singing at the working mans' club. Zak seems unable to resist Joanie. Joanie is working for an aggressive tyrant of a boss and Zak soon comes to her rescue 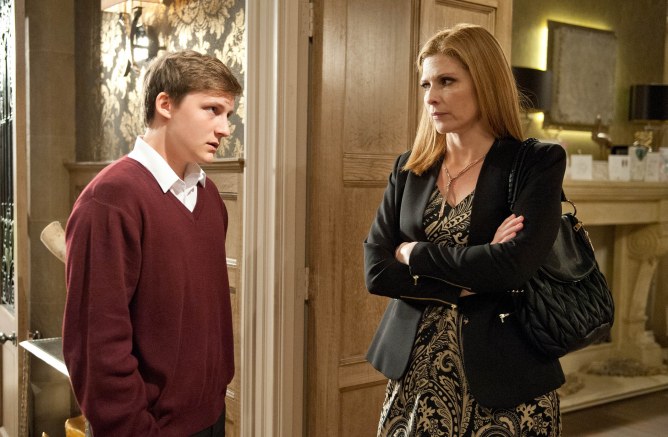