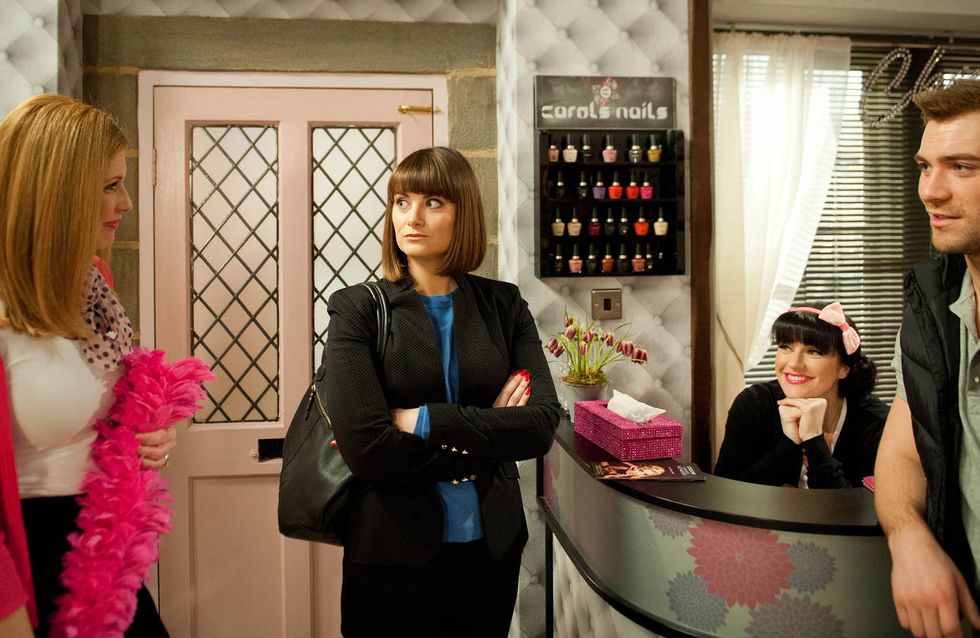 Robert tells Chas the last thing Aaron needs is for her to get arrested and tells her to stay away from Gordon. DS Wise arrives at the pub to talk about the vandalism at Gordon's house and Chas is busted when he says they have a witness who gave a description matching her. He lets her off with a warning. Everyone in the pub is concerned over Gordon but Aaron arrives and feels utterly betrayed his mother has exposed the story. He wants Chas to take back what she said and say it didn’t happen.

PC Swirling is back to talk to Rakesh now he knows he received a letter from Kirin. Rakesh denies but is shaken by the visit. Rhona's furious with Paddy. Fuming Rhona rails at Paddy and tells him she's glad Tess is dead, leaving Paddy shocked. Paddy tells her he had no other option and they don't stand a chance as a couple unless they start talking to each other. Priya's later left aghast when Rakesh tells her he's been put on indefinite unpaid leave after his firm found out about Kirin.

Hot Tony arrives giving Kerry an idea re Bernice. Chrissie is soon suspicious to see Tony and Bernice flirting. Tony asks Bernice to go for a drink but she tells him she's happily married. He gives her his business card which she throws away, for Chrissie's benefit. Once alone, Bernice retrieves the card. Later, Chrissie is suspicious to find Hot Tony's card in Bernice’s bag.

Laurel reminds Gabby she's not having a flash wedding. Gabby uses Jacob’s crush on her to her advantage. 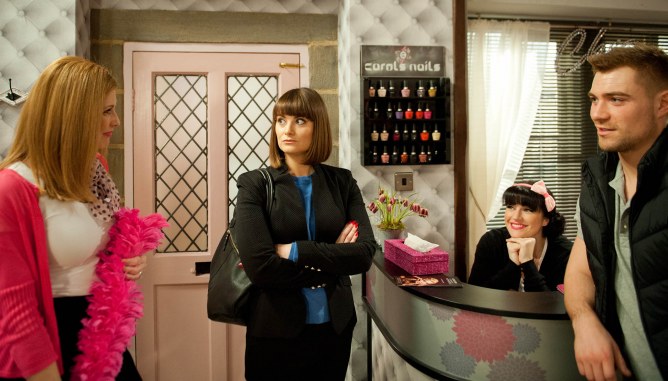