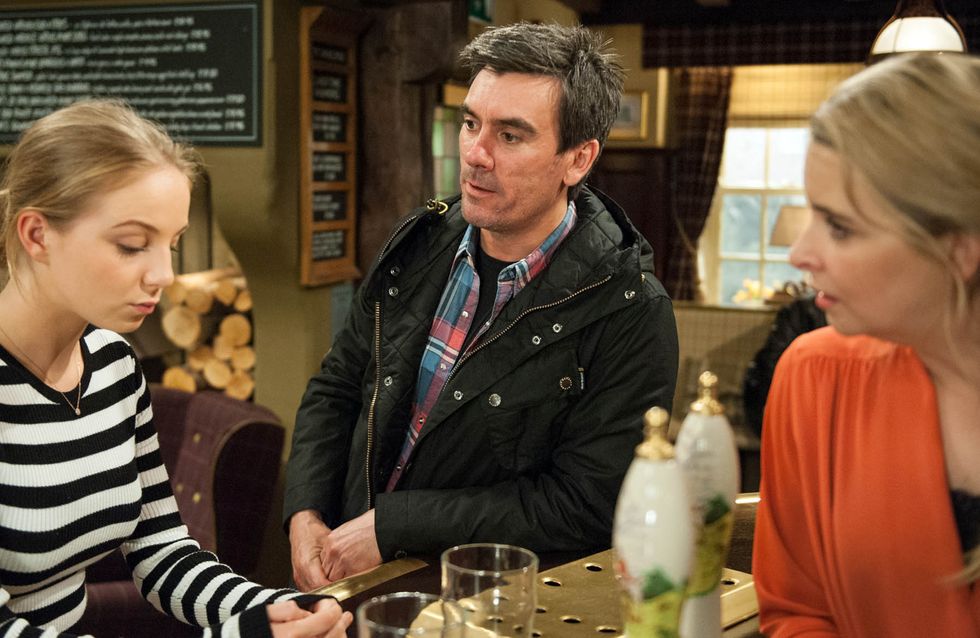 Holly’s alarmed Simon has turned up, he wants the money and pressures her. Holly is in a desperate situation and with pressure mounting as the day progresses and more bad things occur, a desperate Holly spots the van cash tin. Could that be the answer?

Finn is excited about the taxi firm and tests Pete and Ross on their knowledge of local routes. Finn’s pleased to get a booking from Ashley and Harriet after their minibus firm cancels. But later he’s disappointed and Pete and Ross are worried to see Finn so depressed. So Ross takes matters into his own hands.

Charity pleads with Belle to change her story, whilst Cain confronts Belle and they argue. But will Belle go back on what her story was? Rakesh tries to figure out how to find money for Kirin; could Emma and James be the answer?​​

Adam is uneasy about his sister working in the van alone. Meanwhile, at the layby where the van is parked up, Simon turns up for the cash and is alarmed when Holly says he has to attack her so it looks like a robbery. Heis reluctant and they argue until Holly spots Adam coming and pretends to be servingSimon. When Adam has gone, Holly tells Simon the plan. But things go wrong whenVictoria heads to the van that night. Could poor Victoria find herself in the wrong place atthe wrong time?

Ross watches smugly as Harriet struggles to start the minibus. Cain agrees to have a look at the engine whilst Harriet reassures everyone she’ll get them to Leeds. Pete is suspicious of how smug Ross looks. Has he a reason tobe?

Priya tries to break the ice with Vanessa in the shop. She tries to reassure Rakesh they’ll get there but he isn’t convinced. Later, Rakesh hands Emma and James their contract. Meanwhile, Vanessa gets a statement for the savings account Rakesh set up forJohnny and her face darkens. After a confrontation Rakesh is worried Vanessa will shop him to the police, devastated to think he’s lost his son and grandson. Meanwhile, Nicola complains to Jimmy about the house being pokey.​​ 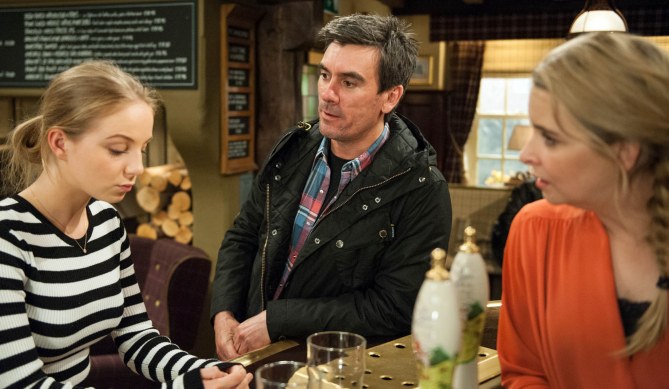