Desperate Debbie is on the run with her two kids and escaping pursuers. At a service station she needs petrol but on spotting police is forced to drive on. Soon Debbie runs out of petrol and reluctantly accepts a lift from an eccentric motorist. Meanwhile, in the village Cain and Charity are arguing over what to do. Before long, Debbie returns but she’s in hot water and needs help. Will Cain help her get out of this scrape? Later, as Sam’s babysits the kids at the Dingles, two violent men burst in looking forDebbie. On spotting her kids they realise they now have collateral. And soon a worriedDebbie receives a text demanding money by 5pm. But can she get it in time?

Doug is concerned about Ashley believing it’s time to look for a care home for him. Laurel explains she’s too tired to even think about andDoug offers for him and Diane to swap with her. Laurel feels conflicted but accepts, grateful for the help. She admits it’s a weight off her shoulders. How will Doug and Diane find it caring for Ashley? Could it be a huge shock how bad it’s got at home for Laurel?

Paddy’s hurt to overhear Chas flirting on the telephone. Aaron apologises to Finn about Kasim.​​ 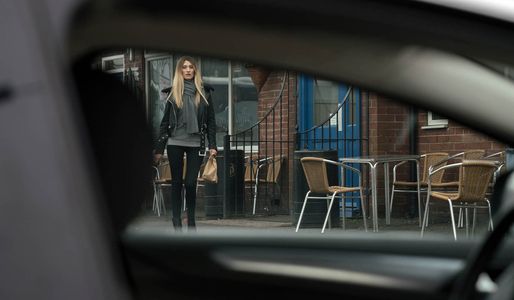