Zak and Lisa feel guilty for have driven Belle out of the house when the solicitor questions where she is. Cain goes to find her and lays it on thick how much she is affective Zak. He gives Belle a choice – either she goes to court and plays the martyr, or she goes to see what she is doing to Zak. Later, Zak and Lisa discover Belle has left to go somewhere with Cain and alarm bells ring. What is he playing at?
​
Finn is worried that his Dad has moved out whilst Moira assures Finn he and Pete are welcome to stay. James tells Chas he’s looking for a place and she says he can move into the pub until he sorts himself out. Finn begs Moira to talk James around, unaware of the full story.
​
Elsewhere, Sean asks his dad to take him to court. Debbie is cold when she returns home to see Pete minding Sarah and Jack, but what’s her problem? Jimmy hears Bernice is opening a salon in Pear Tree and isn’t best pleased. Rhona is suspicious when she learns Donna changed the time of the school viewings so Laurel couldn’t attend.

Belle arrives at court with seconds to spare, but what will she plead?

Pete arrives for his meal with Debbie but she cares more about Belle’s trial. She suggests he takes Sarah out on her bike but she snaps at him again when she thinks he’s putting her in danger. Later, she overhears Harriet tell Vanessa that you can get someone police checked if you are worried about them, giving Debbie an idea.

Bernice gets excited about Pear Tree for her boutique spa, but soon learns Jimmy has other ideas about moving office. Kerry ends up having a stand off with Jimmy.

Moira is shocked to hear James has moved into the Woolpack and offers to talk to Tim about James moving his herd to a Spate Farm.
​
Elsewhere, Rohan warns Laurel not to let Donna take advantage of her… 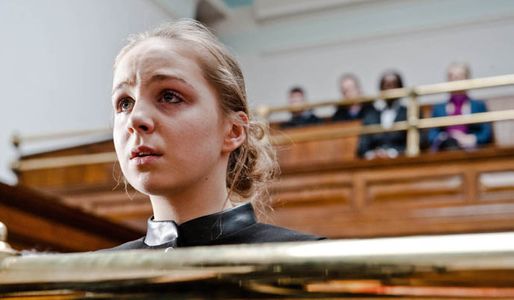