Pete is annoyed Ross was trying to involve Debbie in his business, unaware of the truth of the matter. But Debbie alters his mood by suggesting a wedding and Pete delightedly agrees to marry her. Meanwhile, Robert listens in as Chrissie refuses to give Ross his extra five grand concerned, knowing he needs to keep Ross on side. Later, furious to learn of Debbie and Pete’s engagement Ross takes revenge by spilling the beans to Chrissie. He puts Robert deeply in trouble by telling her everything, including how Robert hired him for the Home Farm raid and how they set about kidnapping Lawrence. As Debbie and Pete celebrate a storm brews.

David and Alicia are getting back on track and Leyla dares to hope her sister has turned a corner and she has the old Alicia back.

At Kirin’s 18th Birthday Vanessa is awkward around Adam and Victoria, forgetting their affair is easier said than done. Vanessa plans a few nights away with Kirin, will this be what she needs to put Adam behind her? Finn talks relationships with Ross who tells him he needs to decide whether someone is worth fighting for. 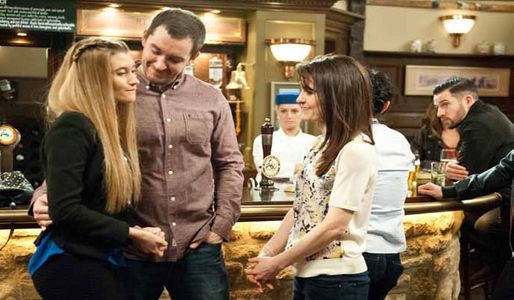