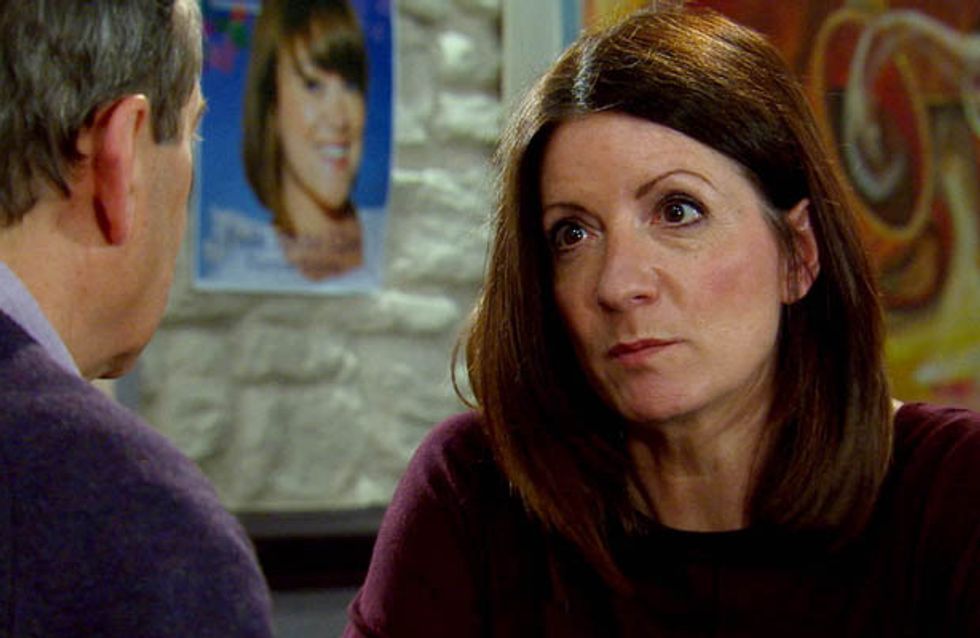 Brad, the mystery man still seems keen to get to Finn. He deliberately bumps into Finn and on spotting the Japanese travel guides as they tumble to the ground Finn is intrigued, just as Brad had hoped. Brad offers Finn a drink but when Finn is not looking sneaks something into it. Meanwhile, best mate Victoria and James are glad to see Finn has met Brad, both totally unaware of the danger he is in. Finn's feeling woozy but when Brad leads him outside he pushes Finn into his car and drives off. Finn is out cold as they drive into a barn, where Brad wipes down the car for fingerprints, re-starts the engine then leaves, just as the barn begins to fill with toxic fumes.

Kerry is due in court over her arrest but determined to face up to things with Dan. But Dan is reticent and annoyed with her next tactic to try and win him back, utterly fed up with how things are. Kerry receives an unexpected envelope, which gives her the impetus to sort things out with Dan once and for all.

covers her sadness as she hears how great Ashley's date with Carole was. Later, Ashley's left stunned when Bob says he's noticed the chemistry between him and Harriet. Bob urges Ashley to speak to Harriet but will she speak up about her feelings or once again give Ashley the wrong impression?

Charity has marked Tracey’s card, suspicious of what her game is. Tracy once again manipulates Sam but is caught red handed by Charity and told to pack and go. Debbie warns Donna about sending Ross to threaten her and Donna wonders what Ross has done.

Finn is found unconscious in the car with the barn filled with toxic fumes. Cain and Pete drag him out but Finn is unresponsive and rushed to hospital. Soon the Barton's rush to be with Finn where the doctor explains he’s being treated for carbon monoxide poisoning but it’s critical. Initially everyone believes he has tried to commit suicide. Until Cain explains he was in Brad's car and soon they understand this Brad has tried to kill Finn.

Kerry, determined to resolve things with Dan but Dan is crushing, telling her to grow up. Kerry is sad at what she’s lost. Bob passes on some advice to Kerry about how she is perceived. Later, a determined, Kerry appears dressed in Brenda's clothes, vowing to be a new woman and win back Dan.

Harriet is about to confess her feelings to Ashley but once again is scuppered. Tracy, Robbie and Sam plead with Charity to allow them to stay. Later Sam once again pays Tracy for her time, she’s clearly playing him for everything she can. 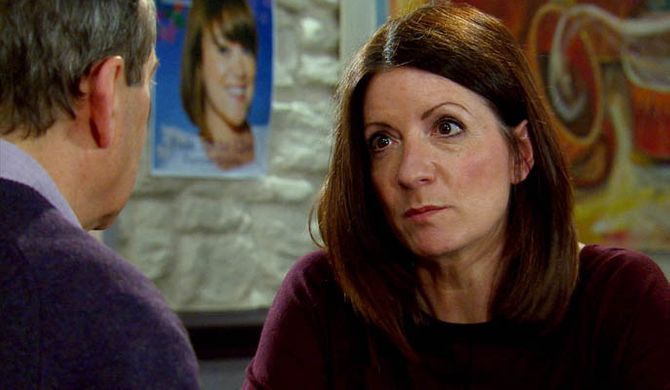