Pollard worries Amy and Val are getting carried away with Kyle's arrival - Amy's lied to Joanie that she's basing a project around him and Val is delighted he's coming to stay. Pollard's concerns worsen when he overhears Amy talking to Kyle.

Elsewhere, Vanessa's shocked Paddy has left Rhona, but Rhona admits to her friend she's not surprised - she can't even trust herself around pills. Rhona's upset to later learn Paddy stayed at Chas'. She later determinedly tells Pearl and Vanessa she has booked herself into rehab.

Also, Adam returns to Emmerdale and Moira confesses they could lose the farm. 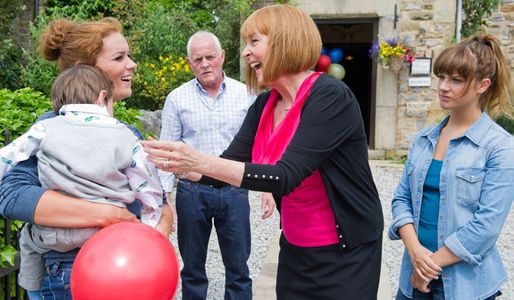