Emmerdale 24/11 - Emma Shows Up At The Inquest And Promises Answers... 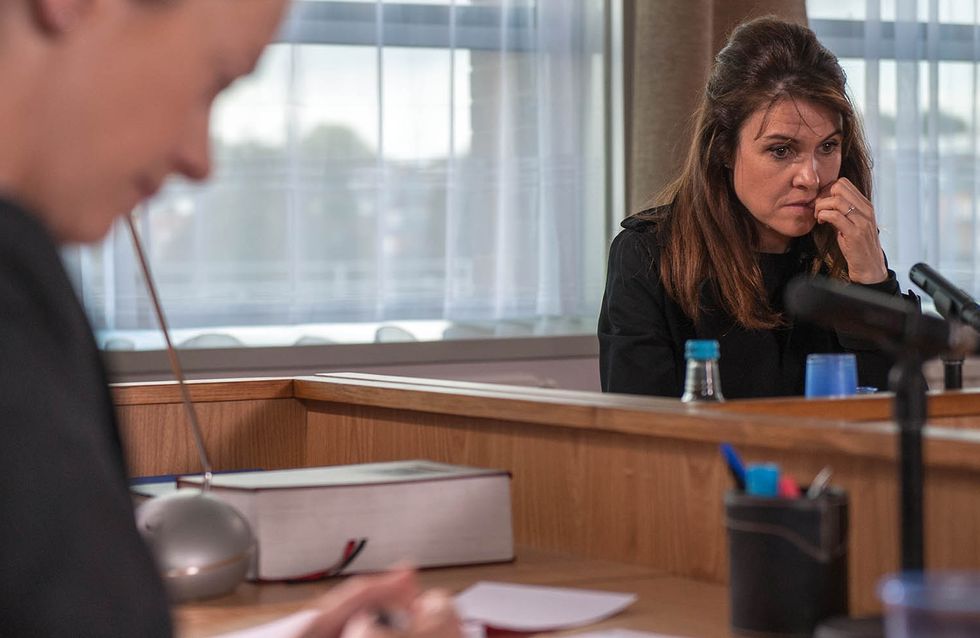 Emma insists she’ll be fine for the inquest, but once alone her mask slips. Wracked with guilt, Emma shows up at the inquest and promises her boys answers. Emma’s stressed as the pathologist takes to the stand but he reveals James’ drugs are consistent with his broken leg. Emma heads to the stand, highly strung. She breaks down saying James’ death is her fault. The boys have no idea what is about to come...

Zak and Joanie tell an upset Belle they’re moving. Joanie notices Zak hasn’t finished his meal and probes him if he really wants to move.

Pollard accidentally gives away David’s skydive present but David tells Frank and Tracy he wants to fundraise for his cancer ward, not do a skydive. Frank wants to help and dresses as an elf with a sign inviting people to throw foam pies at him for charity. But unseen by Frank, Bobby gets off the bus.

Marlon’s unhappy with his ageing skin and uses Carly’s cream but his face comes out in a rash. Carly warns Brenda. ​​​ Bobby pretends to be a reporter and asks to interview Tracy about her Dad. Bobby gets as much information on Frank so he can use it against him..and soonFrank is being threatened for money and fast..

Marlon’s freaked because April told him Carly wants to move in. Paddy advises him to be honest. Bob overhears Megan asking for more face cream and asks Brenda to tell him what’s going on. Belle apologises to Zak and Joanie for being off about them moving.