Emmerdale 24/3 - Rhona is trying to carry on as normal 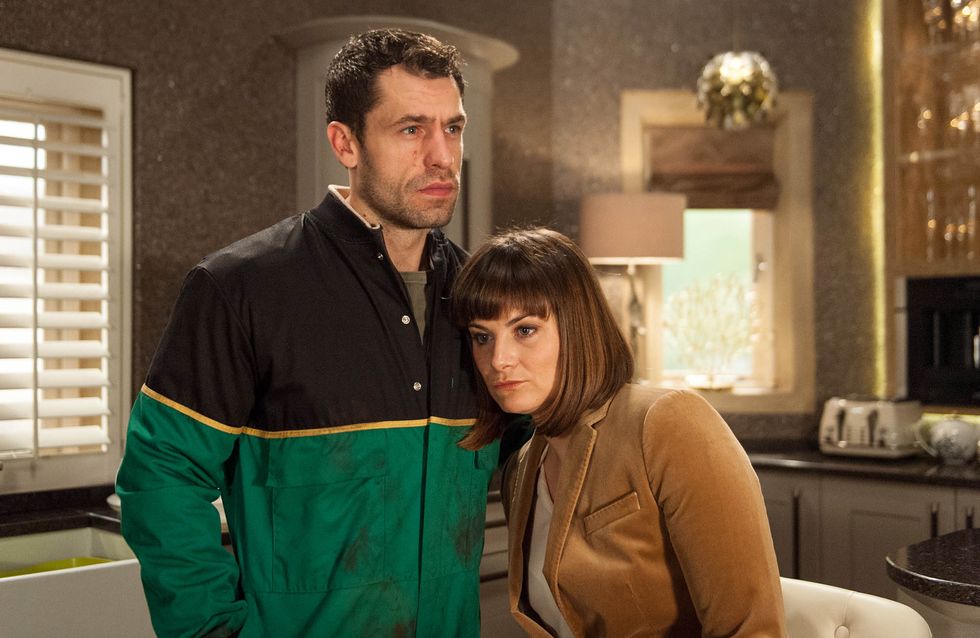 Paddy is in despair over whether he’s ruined things for good with Rhona. Marlon sees Rhona on Main Street and urges her to speak to Paddy asking if she really wants to throw everything away. Vanessa’s shocked to find out about the affair from Nicola. When Rita the social worker arrives, Vanessa is shocked to realise Rhona is still going through with the adoption. Vanessa is shocked to learn the extent of Paddy’s affair and can’t understand why Rhona would carry on as normal. Later, Rhona tells Paddy that Rita is coming round and she wants them to present a united front. But can they really paper over what has happened?

Moira and Cain argue about Charity using the barn to hide her stuff and Cain’s angry to discover his car’s missing. He is adamant Ross has something to do with it. In the pub, Charity and Ross accuse each other of taking the car. Soon Cain spots his car speed past him and urges Moira to drive after it. They catch up with it as it skids to a halt and the driver is then revealed…

Leyla and Jacob are ready for the ceremony for Val’s headstone. David’s worried about Pollard, as he’s not answering his phone. Over at the graveyard, Val’s headstone arrives and everyone’s taken aback by how big it is. Tracy tries to stall the driver as Pollard’s still not there.

There’s tension between Joanie and Lisa. Belle asks for a full time job and Lisa wonders what is going on. What is her plan? Andy tries to reassure Chrissie as she worries about her divorce settlement meeting, she’s worried Robert will take her for everything he can get. Nicola and Jimmy try to persuade Charity not to sell her share of the business.

Moira and Adam are pleased Holly has come back to the village but Cain secretly has his doubts about her motives for returning. Later in the pub, Holly tells Adam she’s not sure about Cain anymore. Adam reminds her Cain saved her life. Holly takes a phone call outside and promises to get the money she owes, it’s clear she’s come back with more baggage than she’s letting on.

Paddy’s desperate to talk to Rhona but she refuses. She goes to see Vanessa and explains the adoption’s off. Vanessa advises her to leave Paddy if she can’t see a way back. Rhona goes to see Paddy and tells him she wants to try and make things work but he’s shocked when she wants them to move to Germany. He’s adamant he will do anything to save his marriage but will he move abroad?

Belle’s annoyed Lisa’s put the house up for sale and is already packing. Leyla’s irked as Tracy flirts with David. 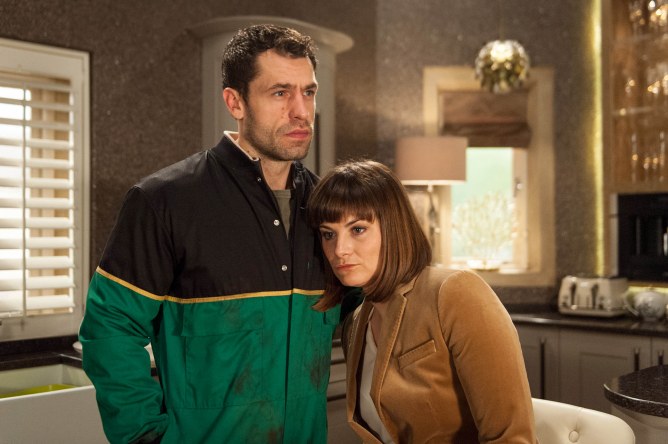