Emmerdale 24/5 - Charity's back to playing her old games

Lawrence lies to Bernice that Ronnie is blackmailing him. When Lawrence gets a phone call from his insurance, Sam’s forced to admit he crashed one of the quad bikes and an already wound up Lawrence sacks him. On Sam’s recommendation, Rakesh offers Ronnie a job overseeing the Mill conversion and Lawrence is furious but comes up with a drastic plan to get rid of Ronnie.

Charity accuses Holly of stealing the missing gig tickets but Holly delivers a stinging comeback. Charity has an idea when Moira suggests Holly could assist Victoria out with the van. When the van’s petty cash box is unguarded, Charity makes her move. When the cash is found to be missing Holly is number one suspect…

When Doug finds himself double-booked a reluctant Jimmy is roped into chaperoning Ashley whilst he has Arthur in the pirate ship. Jimmy soon realises his on to a good thing when they share a beer and he enjoys himself, so much so that Jimmy wants to make it a regular thing. Whilst Ashley is unaware he’s being overseen whilst he has Arthur.​​ 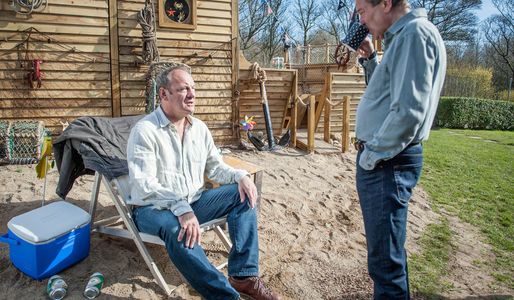