Emmerdale 25/03 – Can Moira get through to Debbie?

The Barton boys have fallen out after Ross’s meddling, which carries on when he goes to give Debbie cash for the dodgy cars.

Moira tells James about Pete’s relationship and suggests to Debbie that she give Pete another chance, but will she listen?

Rhona is furious that Marlon won’t let Leo see his sister, and the pair end up arguing. Laurel and Rhona eventually make progress when he agrees to let Leo see April, but only on his terms… 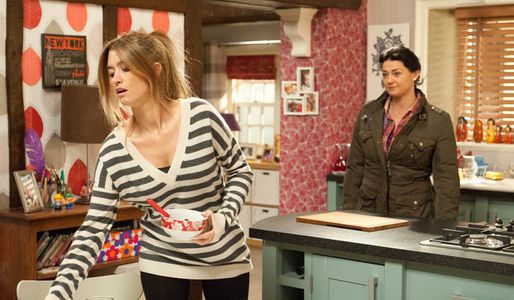