Pearl admits to the police she‘s committed fraud. After having struck a deal with Pollard, Pearl gives Ashley and Edna the cash to repay Paddy and Rhona and reveals she is leaving. Meanwhile, Paddy and Rhona discuss how much Pearl means to them, but will they realise she is leaving before it’s too late?

Nicola digs at Jimmy how important Dubai was to her but he fails to see her point of view. Soon their decisions result in heartbreak.

Ross is cold with Carly, asking if she knew about him and Donna. But despite his misgivings, Ross can’t resist Carly’s sense of fun and sexiness. After agreeing to a drink, they are interrupted by April, but Ross struggles to see her in Carly’s arms. Will Ross put the brakes on with Carly? Later Emma learns Carly is also Bob’s daughter and goes to check on Ross but will he welcome her concerns?

Robert gives Chrissie the support she is seeking over Lachlan and agrees to help by meeting a client on her behalf, but is this his main objective? In the car park, Robert sees an overexerted Aaron being sick from pushing himself to hard. Robert approaches him but will he get an explanation? 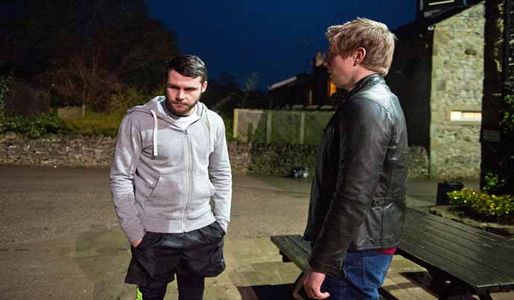