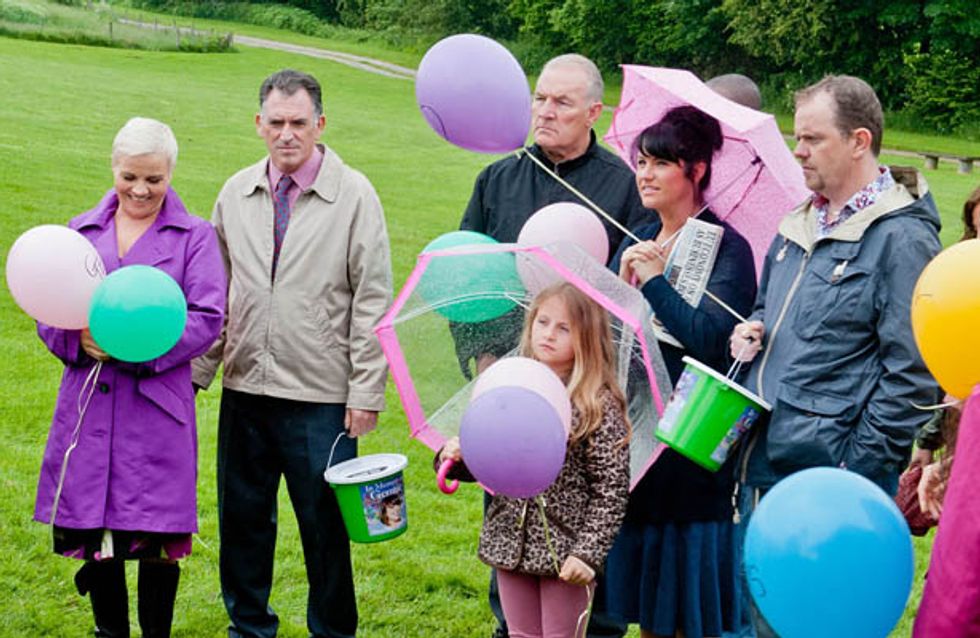 Finn's family and friends sit worried silence in the hospital for Finn. The doctor informs them that his toxicology report showed traces of Rohypnol, indicating Finn could have been raped. Ross vows to find Brad and get his revenge.

At Gennie's memorial, Kerry is wearing Brenda's clothes in an attempt to win back Dan. She continues to front out her new 'style' as the villagers fill the café to write the names of people they miss on balloons. Brenda gives a speech and everyone lets go of their balloons. Heartbroken Kerry does her best to make amends but will her efforts be rewarded or will she have to think about starting again?

Sandy's unconvinced Harriet's happy about the Ashley and Carole situation. Lisa's not impressed when Sam takes Tracy to the memorial. Later, greedy Tracy helps Sam fill out a credit card application. Katie agrees she and Andy should go public about their relationship tomorrow. 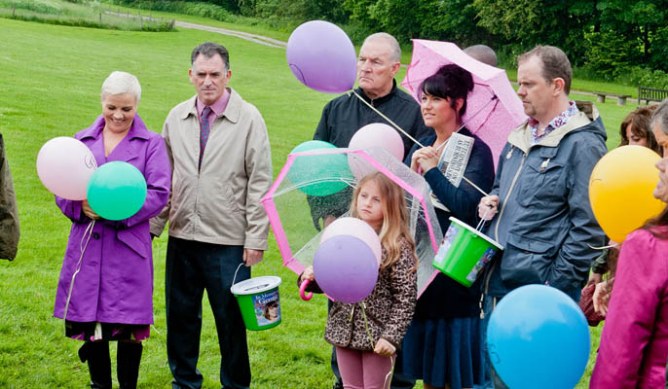