Emmerdale 25/8 - Dan and Nicola Get Close 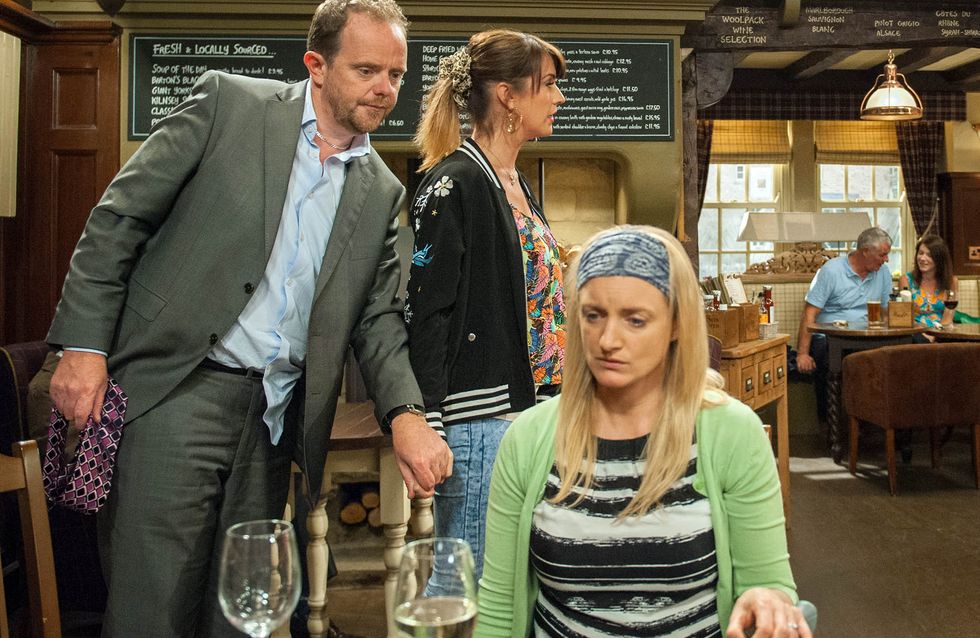 Dan’s heartened by Nicola’s support but is left hurt whenKerry is less enthused about him getting the job. Dan thanks Nicola for picking him up and they share an awkward moment, uncomfortable that their feelings seem to be developing beyond friendship. Kerry turns up to a drunk Dan and Nicola and drags them to the pub.Later, Dan thanks Nicola for cheering him up and heads off with Kerry, not as happy as he’s pretending to be. He catches a glimpse of Jimmy sweeping Nicola off her feet and his disappointment is clear.

Priya and Rishi are shocked twenty thousand has disappeared. Priya calls Rakesh and he’s stressed to find out what they’ve discovered. He promises to call thebank and sort it out but calls Chrissie instead and agrees to sleep with her if she’ll pay him that day. Chrissie forces him to act his heart out, pretending he’s attracted to her. He kisses her neck and she snaps a photo. How will desperate Rakesh react to find he’s been set up?

With Belle still missing, Joanie worries over Zak’s stress levels and kisses him to distract him. He responds hungrily but misses a call from Belle. Zak’s dismayed and tries to ring back but, on a random street, Belle’s phone rings abandoned in the gutter....

Charity enjoys taunting Moira. She sneaks up on Cain outside the garage and kisses him, pleased to have him exactly where she wants him. Holly’s thrilled to get an interview as a photographer for Megan but is dismayed when she learns it’s at the same time as Moira’s HIV test results.​​​ 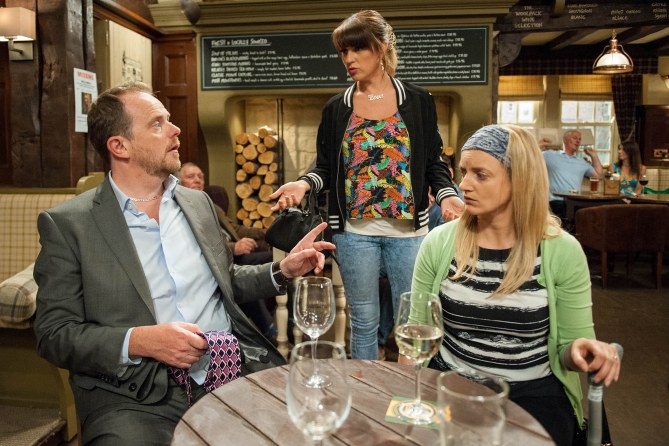