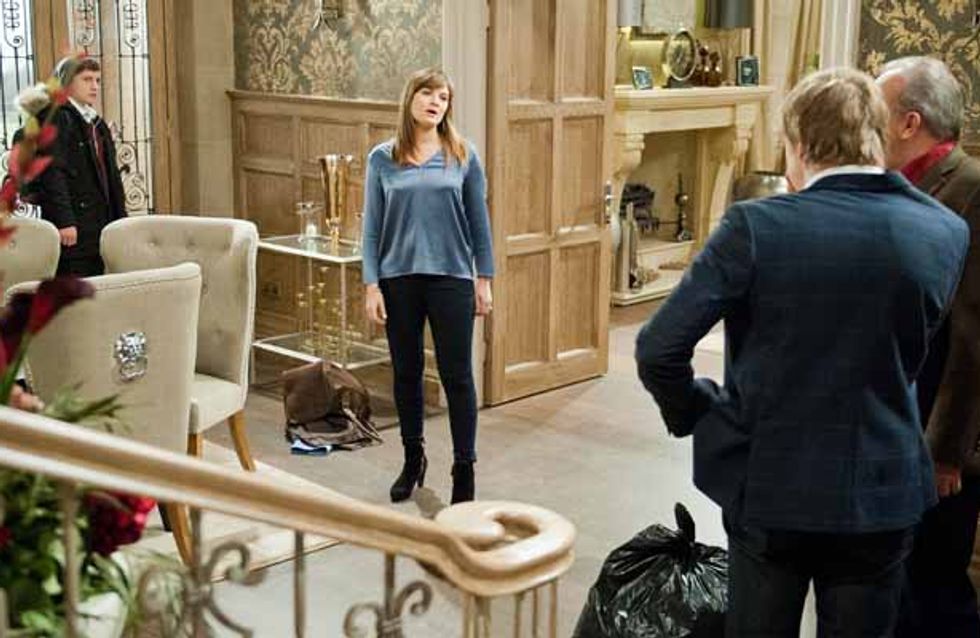 Chrissie shows Lawrence the pornographic content she found on Robert’s laptop along with messages arranging to meet up with women. When Robert naively arrives home he’s unprepared for her reaction. Chrissie is in a fury. Initially Robert is worried not knowing what he is been accused of. But Chrissie soon explains and orders Robert to pack his bags and go. Vanessa who has called over to drop something off, overhears and can’t wait to tell the girls the gossip when she gets to the Woolpack. Katie, Chas and Aaron soon hear how Robert’s arranged to meet a woman he found online. Aaron tries to avoid Chas’s eye as she listens into the gossip.

Belle’s relieved when she discovers it was Lachlan who destroyed Gemma’s shrine and seeing Belle distinctively happier, Lisa seems prepared to give Lachlan the benefit of the doubt. Pollard tells Tracy to leave but Val has other ideas. Adam and Pollard strike a deal regarding the scrap yard. 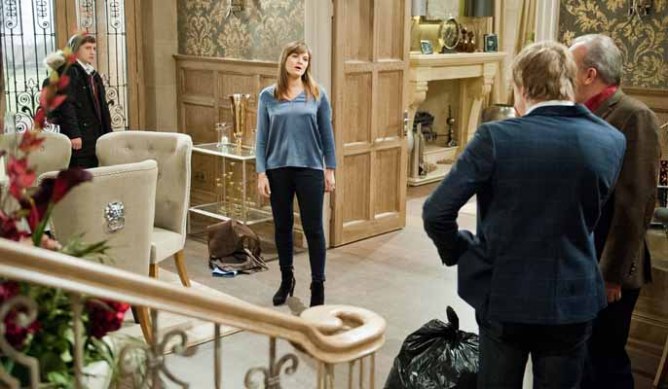