Alicia’s touched when David tells her he’s organised a pre-­birthday celebration. But soon David is perturbed to hear what happened over the photo book with Jacob and confronts Lachlan over it. Meanwhile, Chrissie is worried about Lachlan and tries to look on his laptop but is perturbed he’s password protected it. David tells Alicia he has to take Amba to the hospital with Priya but Lachlan panics to overhear knowing he’s sabotaged David’s van. Over at the pub Alicia and Leyla are getting tipsy celebrating Alicia’s birthday. Alicia arrives home and suggests to Lachlan they close up the shop early and he’s chuffed when she asks him to make coffee. Meanwhile, Chrissie has found Lachlan’s camera and is perturbed by the images she finds. Just what is Lachlan capable of?

Rachel says her goodbyes whilst Tracy tells an uneasy Sam it’s good she’s going. Ali’s upset about her leaving whilst Rachel asks Dan for a lift later, covering her hurt from Tracy’s smug comments. Ali’s determined to appeal to Sam to get Rachel to stay and goes to see him and soon Sam is left confused. Megan is shocked to hear Rachel’s leaving, but can’t bring herself to tell Jai. But will she have a change of heart? Ali’s emotional as Rachel says goodbye, determined to be strong. She goes, with Archie but will she be back?

Val tells Pollard they need to write a press release for the B&B awards shortlist. But soon Tracy makes a mess of things but Val’s focus is on the awards. Nicola’s grossed out when Rodney tries to talk in detail about his relationship. But soon he gets a shock. 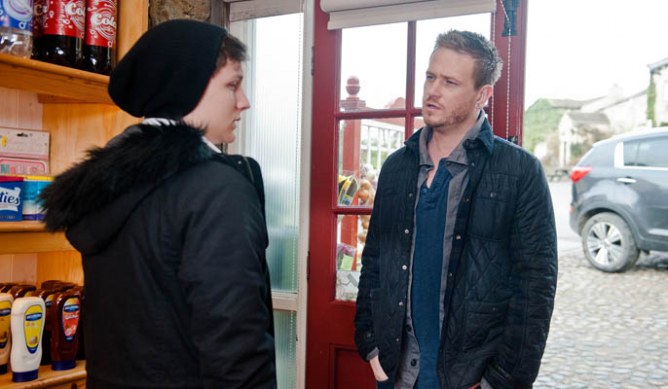