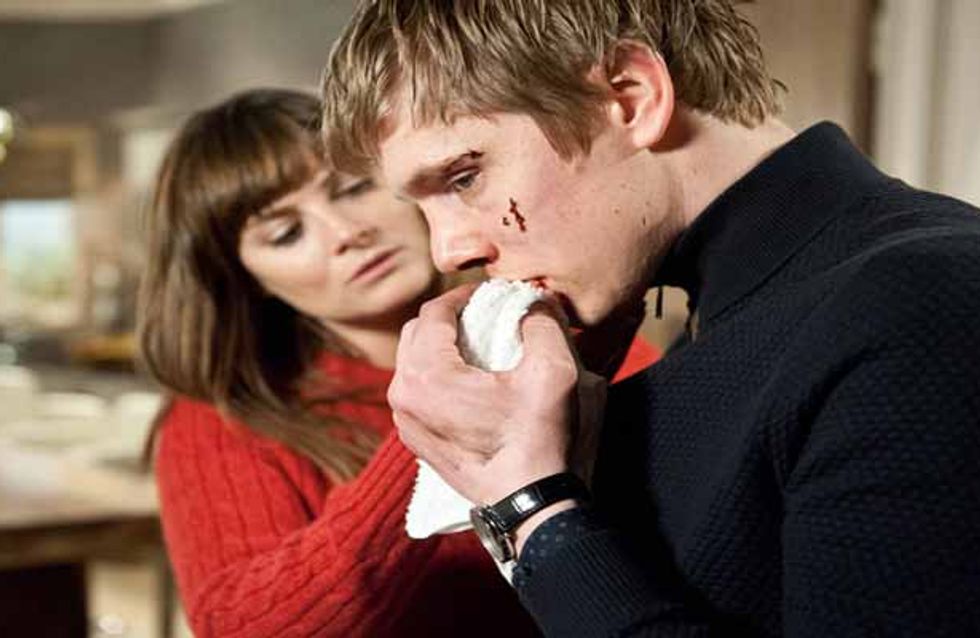 Carly tells a thrown Bob that she is leaving the village and Brenda is unimpressed. Later, Carly’s is shocked when her recently dumped fiancé Sunil turns up in a flash car demanding cash to reimburse him. Meanwhile, Ross spots an opportunity.

Adam tells Aaron he has bought an old car for Victoria’s birthday while Aaron is not happy his fundraising account is up £2000, guessing immediately who has donated. Later, Robert tries to get Aaron to open up but Aaron refuses, leaving Robert in need of a new strategy. Meanwhile, Ross arrives at the scrapyard with a car but Adam and Aaron refuse it, knowing it is stolen. In the pub, after learning about the stolen car Robert has a proposition for Ross. Later Robert offers Aaron the chance to unleash his anger but is unable to do so. Will Aaron get some answers?

Emma is uneasy over Finn’s new relationship. Later, Val tells Emma she is struggling on her meds and they are both clearly worried about Finn being with Darren. Could Emma overstep the mark when offering advice to her son?

Nicola is stunned by what Jimmy has done to stop her taking Angel. Nicola later unburdens to Bernice, can she forgive Jimmy or are they are over? Jimmy is struck when Bernice tells him how Nicola’s in a state. Later Jimmy has a shock proposal for Nicola. Will she finally admit defeat?

Paddy and Rhona know it will take time to re build trust regarding Pearl and Finn takes over handling the accounts at the vets.

Processing what Robert has told him Aaron lays into him furiously in a total rage before bolting, Robert fearful for what he might do next. Robert tries to get cleaned up before Chrissie sees him but it is too late will he be able to talk his way out this time? At the pub, Victoria sees Aaron washing his bloody knuckles and realises what’s happened but will Aaron reveal all to Victoria? Later, Aaron is left with a decision to make.

Val is still feeling ill when Finn tells her he’s fed up of Emma treating him like a kid. Later he arranges with Pollard to book a room at the B&B for him and Darren, leaving Val unsettled.

Jimmy, Nicola and Angel head to the airport. Will Nicola leave for good and if so under what terms and will she take Angel with her?

Carly is grateful to Bob and he’s chuffed she wants to stick around. Adam plans to propose to Victoria. 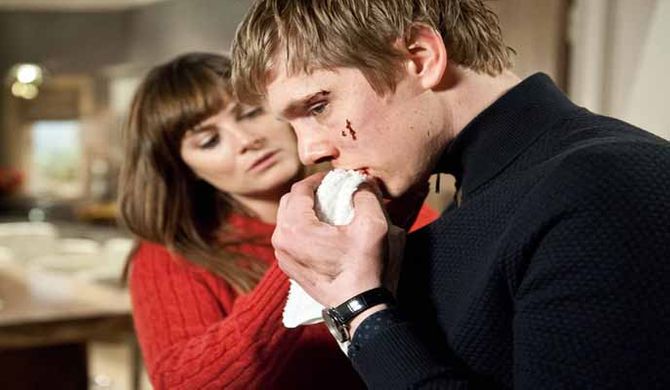